I vaguely recall hearing that an Iron Man movie was in the works, but more or less ignored it. I like superhero movies when they are done well: Batman Begins was done well, the first Spiderman was done well, but many (most?) such movies end up being more or less… bad. And I didn’t have a lot of hope for Iron Man.

END_OF_DOCUMENT_TOKEN_TO_BE_REPLACED

It started innocently enough. I was considering upgrading to a larger format monitor sometime in the next year or so. I like having lots of video “real estate” and, although my ViewSonic VP201 20″ LCD display has served me well, I am starting to feel crowded.

END_OF_DOCUMENT_TOKEN_TO_BE_REPLACED

The final chapter… the nail in the coffin…. the slow, inexorable decline into oblivion: I’m there. I went to the optometrist today and, horror of horrors, I need bifocals.

END_OF_DOCUMENT_TOKEN_TO_BE_REPLACED

I apologize in advance for making light of a tragic and horrifying circumstance. But the defense put forth by a man in Britain accused of raping and murdering a young model just leaves me amazed.

END_OF_DOCUMENT_TOKEN_TO_BE_REPLACED

I’ve updated to the latest version of WordPress (2.3.3), the software that makes this blog work, and also updated half a dozen of the plugins on my site. In *theory*, none of the changes should be noticeable to anyone visiting here.

END_OF_DOCUMENT_TOKEN_TO_BE_REPLACED

I am not really the “typical” Wired reader. For one thing, I’m far from “cool” or “hip”. I’ve got the “geek” thing down, though. Despite being outside the correct Wired reader demographic, I often enjoy reading the columns by Lore SjÃ¶berg in Alt Text. His most recent one regarding the lies told to us by that ultimate deceiver, our own brain, is really a hoot. Check it out, and don’t turn your back on your brain!

One of the objectives of my web server upgrade was to end up with a Linux/PHP/mySQL configuration that would work with Gallery 2. All of the photos on my site have been managed via Gallery for years now… unfortunately, so long in fact that the version of Gallery I’ve been using is three years out of date.

END_OF_DOCUMENT_TOKEN_TO_BE_REPLACED

I still haven’t completely restored the Gallery here on my ol’ website. The Gallery itself is still here, and still works fine, but the code that puts a little random picture here on the blog isn’t working quite right so I’ve left it turned off for now. My intent is to upgrade the gallery software itself before I re-activate that plugin. It is only a couple of hours of work, but I’ve been distracted this week. I’ve also been researching a few nice new features of the updated Gallery that I want to incorporate into this blog- we’ll see how that works out.

END_OF_DOCUMENT_TOKEN_TO_BE_REPLACED

I’ve been playing less and less of EQ2 during the past year or so. Other than logging in for our regular Saturday session with my Sister Judy and her husband Bryan, my Nephew Shane and his wife Monique, and of course my wife Irene, I really haven’t been playing at all.

I’ve been playing massively multiplayer RPGs for over a decade now: I have a collectors edition version of Ultima Online 🙂 So I could easily chalk it up to just being “bored” or tired of such games in general, and that’s what I did. I even tried a couple of other games. Vanguard was one, but it didn’t appeal, and ultimately the game itself sort of “died out”. More recently I re-activated my World of Warcraft account- that was fun, but more importantly I started to figure out myself and my disinterest a bit more.

Then my Nephew called up and suggested I get out of that WoW crap and create a new character in EQ2- that might be just the thing. Once I started playing that “new” character (actually one I created a year or so ago- a Kerran Paladin), the final piece explaining my ennui fell into place. I’m back to playing a couple of hours several days each week in addition to our Saturday session. And I’ll likely cancel my WoW account again shortly.

END_OF_DOCUMENT_TOKEN_TO_BE_REPLACED 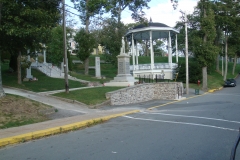