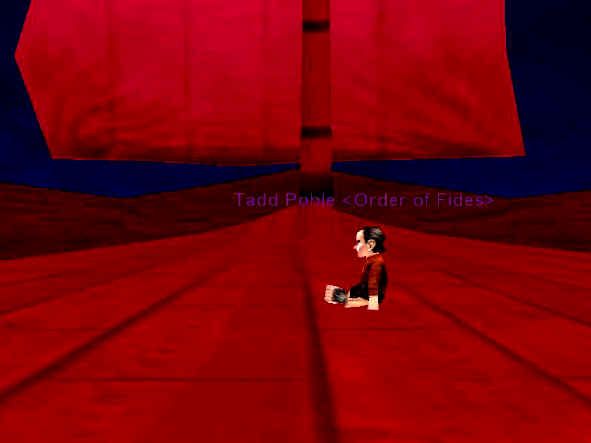 Every journey must begin somewhere. For me, my first trip to Kunark began on board the ship from the Ocean of Tears to Butcherblock Mountains. This fellow joined me during this initial leg of my travels. I pondered the meaning of his name: after much cogitation, I concluded that it was suitable, albeit somewhat odd. 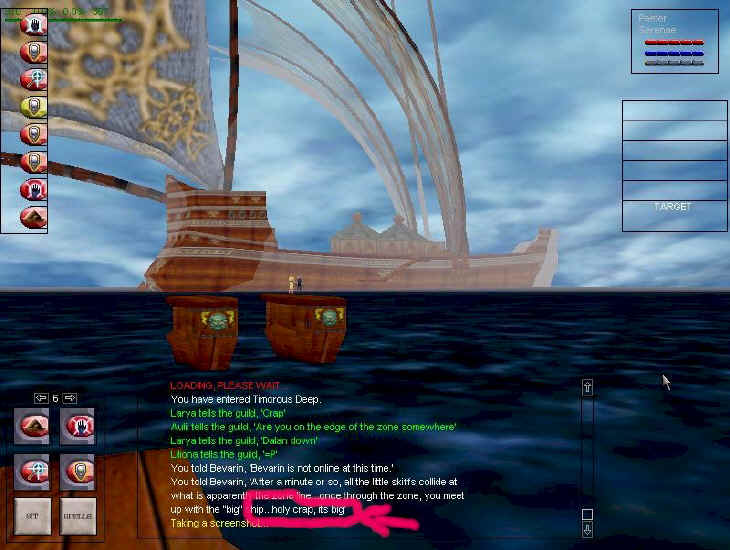 I thought I was prepared for the wonders of Kunark. For months, we had been told that it was built on a different scale: grander, more elaborate. But I was astounded as the skiff upon which I rode approached the ship bound for Kunark. A veritable floating city, large enough to hold a dozen of the more common ships of Norrath within its hold, this Lady of the Seas was an astounding sight. 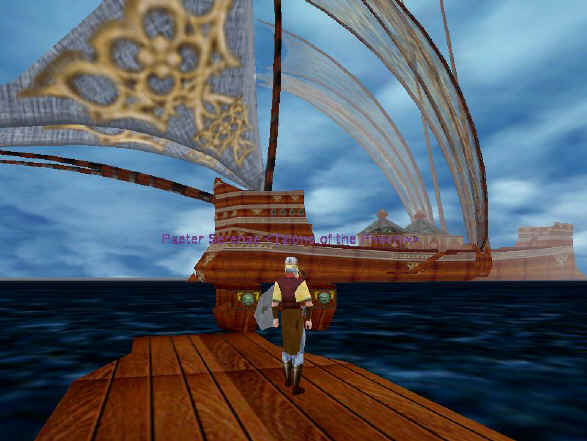 Whereas the older ships of Norrath were simple and utilitarian, the liner that carried me to Kunark was, for all her size…ethereal. Her wings at the ready, standing as if poised to take to the air instead of the sea, she disdained the smaller vessels that wind about her majestic sides like frightened courtiers. 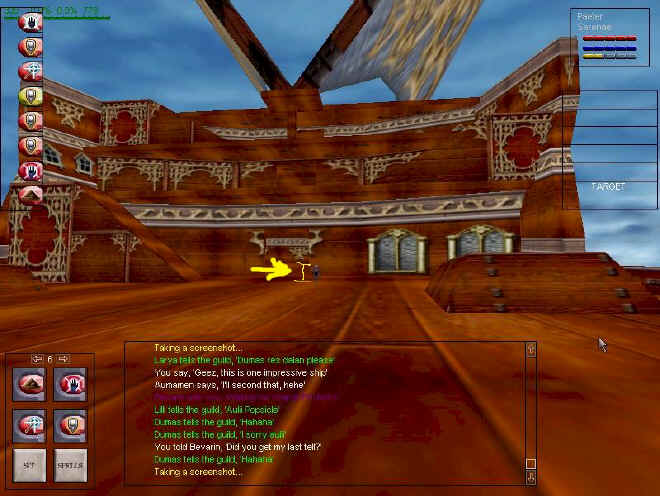 Once aboard, the size of the Kunark-bound vessel continued to astound me. I can not properly convey her scale, but the picture above may give a sense. The person bounded by the lines is standing near one end of the ship, and I was standing near her center. At times I felt as small as a flea traversing the back of a dog. No pilot or crew manned the ship, and she unfurled her wings to set sail as if she were alive. 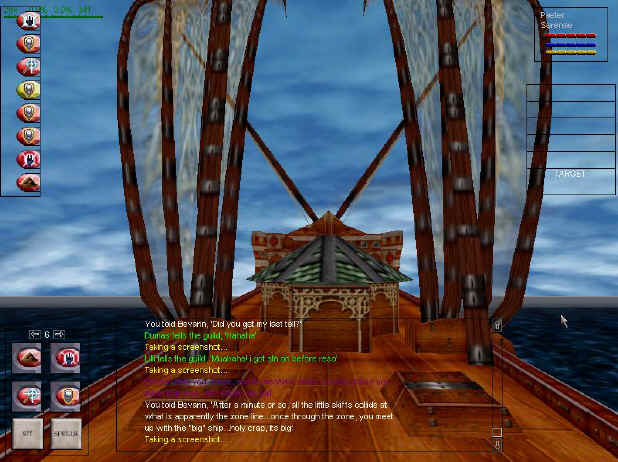 Looking down from the forecastle, this view of towards the stern reflected my state of mind. I had lost my earlier bravado, and was fearful of what Kunark might have in store. Perhaps the lost princess, Firona Vie, had awakened us to a land set to devour us. What of the Iksar? Could a humble cleric of Tunare, still barely aware of his own weakness, stand firm against the size and strength of this new land, and forgotten people? 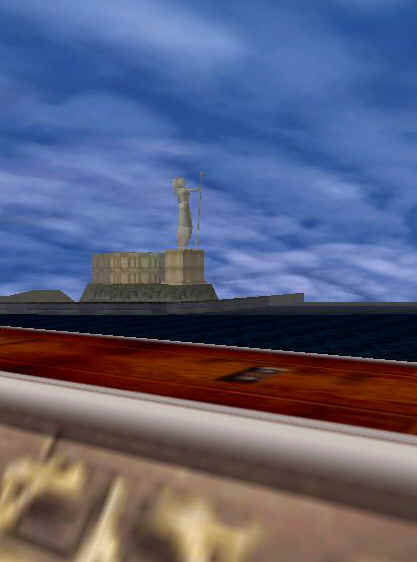 The statues that mark the small outpost of Firona Vie break me from my doubts. Surely there is a place in this new land for me. And here I will perhaps become more than I am.