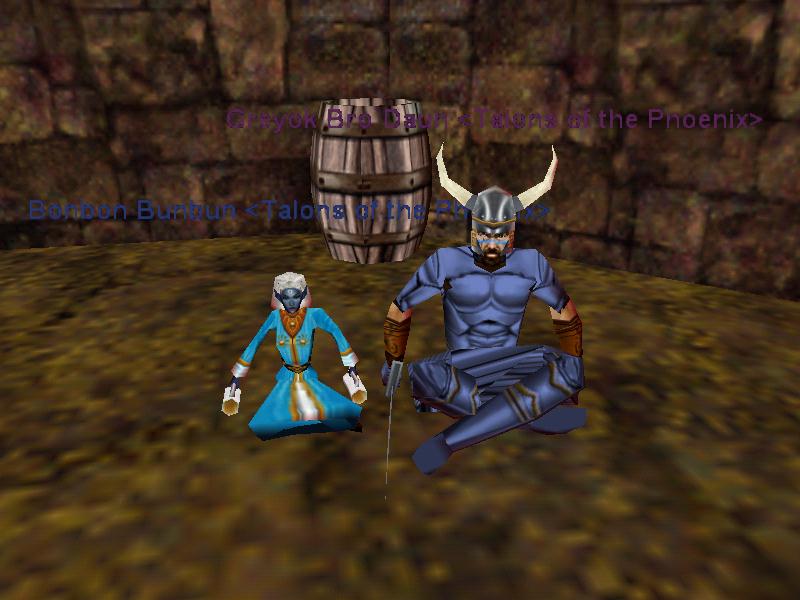 Barbarians are big and rugged. Dark elves are small and lithe. This is also one of those rare moments when Greyok isn’t killing something, and Bonbon is wearing all of her clothing. Dig her fancy beer steins. I figured the moment had to be captured… 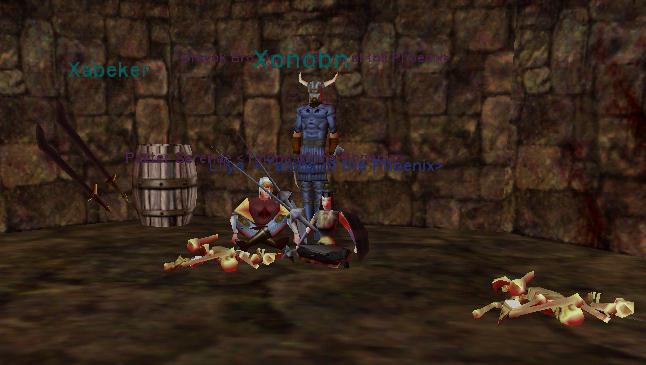 Ah, enchanters. I love ’em. They can stop a monster in its tracks with one of their mesmerization spells, far more reliably than a warrior’s taunt. Since a poor cleric like Paeter gets more than his fair share of monsterish attention, this comes in handy. And then there is clarity…hmmmmm, clarity. Mana regeneration. Gotta love that

However, it can get a bit dicey trying to figure out who/what a given enchanter is at a given moment are. Their magic allows them to change shape. Sometimes they are people (see Bonbon above), but they often take other forms such as the two piles of bones here. One of them is Bonbon, the other is Bramen. Its hard to know which is which… 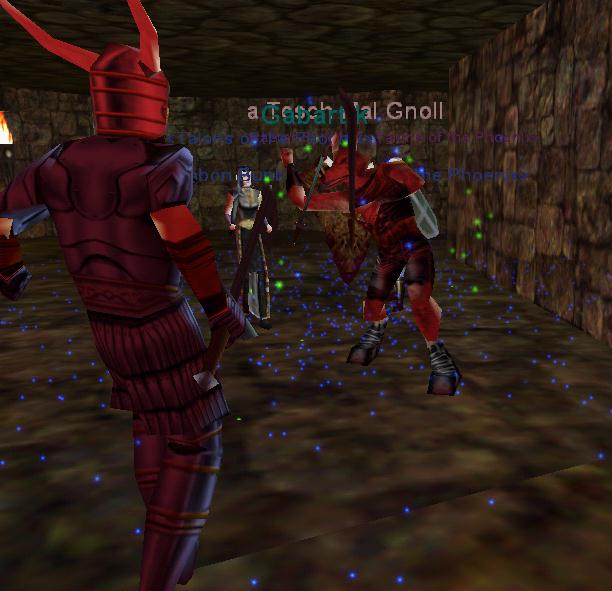 A typical battle with the unhappy Gnolls of Splitpaw. Gnolls, if you didn’t know, are dog-like humanoids. They, like most of the monsters in Norrath, seem to blame everyone for ruining their homeland. All the pretty sparklies you see are the visual residue of spells that are in the process of being cast.