Travelling back to Guk

This should probably be called “Traveling across Lake Rathe” because, for some reason, that’s the only part of the trip I took screen shots of. In any case, I was at point A (somewhere in the Karanas, as I recall), and wanted to get to point B, Guk, to meet up with Greyok and some other Talons.

Rather than whine for a teleport, I decided to make the trip the old fashioned way. I was glad I did. Sometimes it is easy to lose track of the wonders of Norrath. Here are a few sights that inspired me to take a snapshot during my trip. 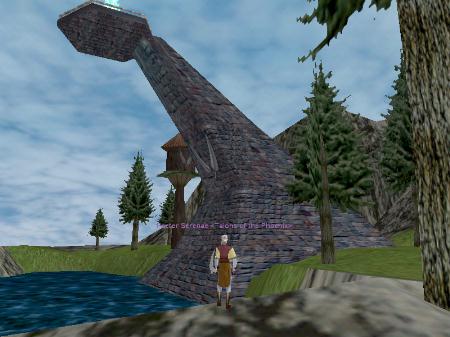 Some of the architecture in Norrath is quite inspiring. I stopped off on this island in Lake Rathe primarily because of this tower. It just looked…intriguing. 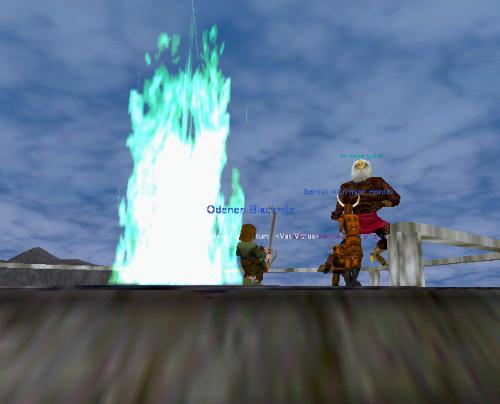 People will find something to camp even in this rather isolated spot in Norrath. I don’t blame the people: the population pressures are strong. And there lies one of the problems with EverQuest- overcrowding. I would have liked to get a better look at the guard, but the middle of a battle isn’t the best place to be site-seeing. 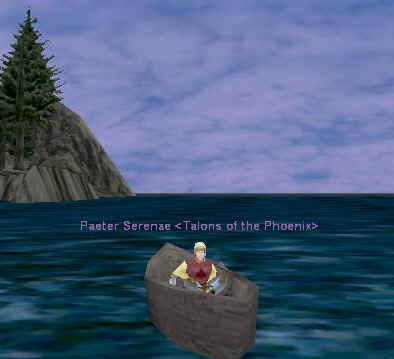 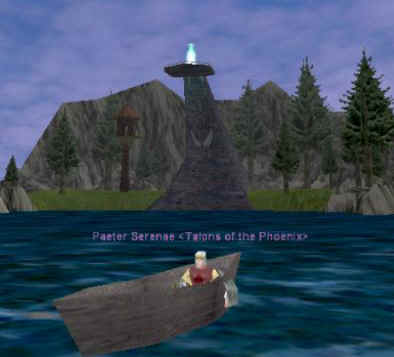 This was only the second time I had operated a boat. It really isn’t hard: get in, right click, get a message saying “you are in command”, and then use the normal movement keys. But I found the process fascinating. Lake Rathe is quite large, and the trip across takes several minutes. 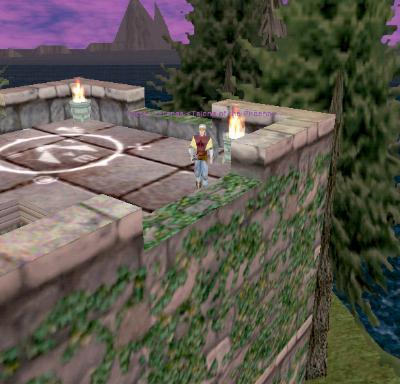 I didn’t find much to threaten me (a 28th level cleric) during my trip. So it was possible to quietly explore, and here I am wandering around a tower occupied by a couple of magic users. They were apprehensive about my explorations: I was, after all, walking through their home. However, they left me alone. Presumably the circle at the left on the tower roof is used in some mystic incantation or summoning. Either that or the mages have helicopters. 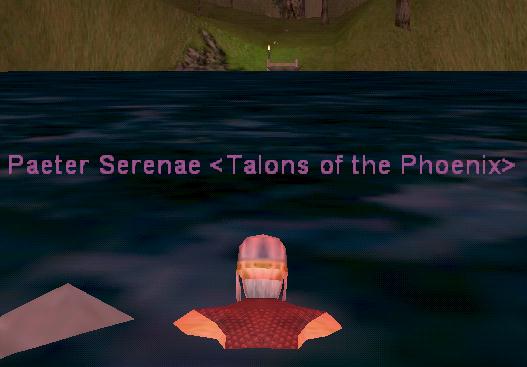 My boat broke. Actually, when I landed on the island with the mages tower, my boat “plunged” into the ground. All that was visible of it was the bow and stern: the rest was buried in the ground. I couldn’t steer the thing with all that dirt in it, so I left it behind and swam the last few minutes.

I did eventually make it to Guk. As I mentioned at the beginning of this section, sometimes taking the slow route is worthwhile…