It started innocently enough. I was considering upgrading to a larger format monitor sometime in the next year or so. I like having lots of video “real estate” and, although my ViewSonic VP201 20″ LCD display has served me well, I am starting to feel crowded.

The display format I’m considering is a 30″ 2560×1600 size, perhaps something like this Samsung. An important consideration is the number and type of video inputs: I want something that can have at least two computers connected and switch between them. So I’m still pondering, and before I can go for the new display I need to do some serious reorganization of my work space at home.

Which leads to today. As I was considering this potential future monitor purchase, I started considering the impact on the rest of my computer. My PC currently supports a 1600×1200 display, and the video card (an ATI X1950XTX) is getting a bit long in the tooth. A 2650×1600 display would mean the video card would be pushing twice as many pixels: over 4 million of them. That has to have an impact on performance and, even if I scale back most games to say 1600×1000 or something, I imagine I’ll notice it. And I’m already getting fussy about the performance of my machine.

The only solution to this problem is, of course, more hardware. I’m not quite ready to build an entirely new PC, but ATI just released a new dual GPU video card, and the price is actually pretty reasonable (under $500). Naturally, I have that very card in my hands at this moment: the Diamond ATI Radeon HD 3870 X2.

I’ll post some data on the card once I’ve done my pre and post upgrade benchmarks. I’m expecting to double my current video performance (d’uh: dual cores = double), but I’m not sure how that will impact my “seat of the pants” perspective of performance in various games. And as for the 30′ monitor…I’m still pondering. I’ll likely end up making the plunge some time later this year, though. The allure of all that space is compelling, and getting the whole “wall of video” thing going on is just too geeky for words. 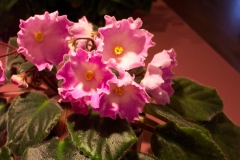