Apparently Google is taking Microsoft to task over the new search bar built in to Internet Explorer 7. The Googleheads are upset over the fact that this search bar defaults to using Microsoft’s own MSN search.

First let’s set aside the obvious fact that Firefox “defaults” to using Google, and no one complains about that. And then we can ignore the fact that Microsoft is the manufacturer of IE 7 and therefore somewhat entitled to give precedence to their own products. That leaves us with one slim thread holding up any credibility to Google’s concerns: that somehow, Microsoft is taking away a user’s “freedom of choice”.

END_OF_DOCUMENT_TOKEN_TO_BE_REPLACED

The “new generation” game consoles are stacking up to be pretty impressive. All of them are based on variations of the IBM Cell processor technology. The first out was Microsoft’s XBox 360, soon to be followed by Sony’s PlayStation 3 and Nintendo’s entry which was, until a few days ago, code named “Revolution”.

END_OF_DOCUMENT_TOKEN_TO_BE_REPLACED

I installed the IE7 beta on my computer earlier this week, and it *seemed* (on first glance) to be working fine alongside Firefox. But then I started noticing strangeness. My computer auto-rebooted several times due to failure of \WINDOWS\system32\lsass.exe, in one case involving the wdigest.dll module: this might be an indicator of several varieties of virus, but my machine scanned clean with the latest version of Avast, which is usually pretty reliable.

END_OF_DOCUMENT_TOKEN_TO_BE_REPLACED

I own an iPod. Not because I’m an Apple fan, but because the iPod works very well (the UI is good) and their music service fits the way I like to buy and manage my music. One thing that I thought was kind of neat about the iPod was the huge variety of third party accessories available- car kits, chargers, external speakers, you name it.

END_OF_DOCUMENT_TOKEN_TO_BE_REPLACED

I was lying half-unconscious on the couch tonight and ended up watching some programs on Discovery channel. One was about strange things removed from humans (E.G.: the cop who had a 6′ long section of a mobile home stuck in his chest), then there was a show with the provocative title “The Man With Exploding Arms“.

END_OF_DOCUMENT_TOKEN_TO_BE_REPLACED

Microsoft is on its second beta of Internet Explorer 7, and they really want people to download and use it. I’ve been telling people who are having problems seeing my website “correctly” to use Firefox since IE 6 is full of CSS and DOM rendering bugs. IE7 will fix most of those problems, and the Beta actually looks reasonably good.

END_OF_DOCUMENT_TOKEN_TO_BE_REPLACED

If the site looks a little “broken” at the moment, that’s my fault. I decided it would be interesting to try a new(ish) option for WordPress called “widgets” which, in theory, will make it easier for me to customize the layout of my site. Before I can do that, I have to be using a widgets-compatible WordPress theme. The one I’m experimenting with now is called “WP-Andreas09“.

END_OF_DOCUMENT_TOKEN_TO_BE_REPLACED

A man in Oregon apparently had a bit of a headache last year. When surgeons at the emergency ward checked him out, they found 12 nails embedded in his skull.

END_OF_DOCUMENT_TOKEN_TO_BE_REPLACED

There are times here in Kelly’s World when I post not just daily, but several times a day. This is usually followed by periods of time during which I’m basically silent- sometimes two or three days, occasionally a week or two.

END_OF_DOCUMENT_TOKEN_TO_BE_REPLACED

I’m not a Christian. I’m also not an athiest. I’m in that dangerous middle-zone: I’m an agnostic.

Being an agnostic means the jury is still out, and in my case always will be. I don’t believe in “God” as described in any theism. But I also think there is an amazing wonder to the near-infinite complexity of the universe having produced something like a flower, or a Kelly. I find it really hard to believe in daily involvement by some sort of supreme entity: if so, he/she/it is a mean, vindictive, cruel SOB. But I could imagine some entity crafting the starting point with the
hope of creating intelligence, then occasionally taking a look in to see how its coming along. Sort of “Enlightened indifference”…

END_OF_DOCUMENT_TOKEN_TO_BE_REPLACED 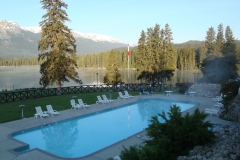