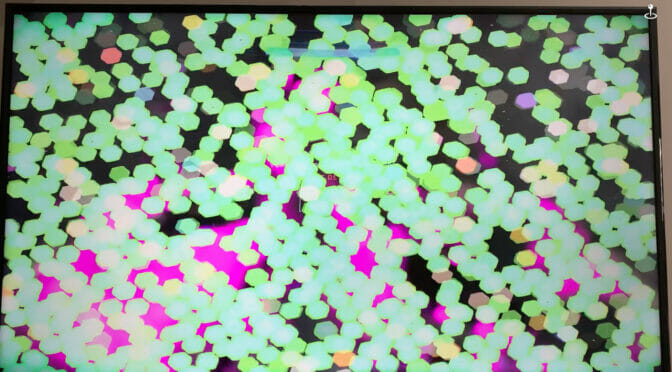 The Xbox ‘All Access’ program provides you with an Xbox Series X and two years of Xbox Game Pass Ultimate. You don’t pay ‘up-front’, but instead the cost is financed through a bank (Royal Bank in my case) at zero interest for two years. The total payout is a bit over $1,000 at about $40 a month. This is comparable to the cost of the console ($500) and the Game Pass ($20 a month for two years). The console is ‘yours’ at the end of the two years.

Game Pass Ultimate grants access to a fairly large library of PC and Xbox games on a subscription basis. I had already signed up to it on a ‘trial’ basis to see if it was worthwhile. The games on offer in the subscription included several I would otherwise buy separately. And I play on both the console and PC, so having access to both libraries has value to me. Overall, Game Pass Ultimate is a ‘good deal’ for me, but this is something that will vary based on an individual’s game preferences.

Most importantly in my thinking: the All Access program means I was able to get ‘in line’ for an Xbox Series X. This is an improvement versus trying over and over to grab one of the rare ones that came up for sale at a reasonable price.

I subsequently discovered that the All Access program appears to have reserved stock of consoles. I got mine about two weeks after I signed up which, after six months of unsuccessfully trying to win the race to get at limited retail stock, was breathtakingly fast.

It was great, until it wasn’t

My Xbox Series X was great at first. It was quiet, fast as I expected it to be, and worked with all the games I wanted to play. And I was ready (or so I thought) for the forthcoming ‘next generation’ games with advanced graphics: 4K video, ray tracing and fancy shadows, all the cool stuff that will take gaming to the next level of fidelity.

I had about a month of general happiness with my Series X. Far Cry 6 and Guardians of the Galaxy were pretty much the only ‘new’ games I got in this time, and worked without issue. My older games like Fallout 76 also worked fine. Then one day I decided to try out Halo Infinite: this is where things went off the rails a bit.

Not exactly RROD, but…

Halo Infinite uses some ‘advanced’ graphics features. Exactly which ones, I’m not sure- but I suspect a different class of reflections, maybe ray tracing, advanced smoke, and similar effects. And on my particular Xbox Series X, it looked like… well, shite.

This isn’t the same as the Xbox 360 “Red Ring of Death” (RROD). RROD produced graphical glitches as well, but it usually resulted in complete failure of the console. I know: I lived through this defect myself back in the day. No, this Series X problem is more subtle: I never would have discovered the problem if I hadn’t tried a game that used the more advanced graphics features.

I did some digging with google, and then posted in the Microsoft community forum. I exhausted all the ‘debugging’ activities that were suggested: reducing all the Xbox Series X graphical settings to the minimum; trying a newer/better HDMI cable; switching to a different monitor- nothing fixed or even reduced the problem.

There were a few reports here and there of people who had similar problems, returned their Xboxes for warranty service, and got a replacement that worked. Although no clear explanation was given, the assumption was these Series X machines had a GPU defect of some kind. The thing about this explanation that is interesting is that, to the best of my knowledge, the Series X has an ‘integrated’ CPU and GPU. It seems odd that a defect in this complex part could cause only certain visual features to fail.

I progressed far enough in my debugging that starting a warranty return seemed like my only option. The final ‘proof’ that this wasn’t a bug with the game but rather with the console was installing another game and getting similar results. For me, the second game was Gears 5: this isn’t even a ‘new’ game (released in 2019), but it demonstrated very similar pixellated artifacts when played on my Series X. Interestingly, both Halo Infinite and Gears 5 use the Unreal Engine to power their graphics.

Microsoft’s warranty return process is actually pretty painless. I spent about 10 minutes in a support chat to confirm the process. This ‘chat’ isn’t a requirement, but I was initially hopeful that they might have a mechanism to ‘cross-ship’ the replacement. This would send me a working Xbox first before I had to disconnect and return my defective unit so long as I provided a credit card. Apparently Microsoft once had this available, but stopped offering it due to abuse by people who used it as a way to get a second Xbox Series X.

Ultimately I printed out a UPS shipping label provided by Microsoft, packed my Series X up, and dropped it off at a UPS drop-off centre. Despite some COVID and road outage issues, the full turn-around only took about 14 days.

And now it works

My Xbox Series X was completely replaced: the machine I got back has a different serial number. And the replacement works with the games that my old one failed on. No more pixellated green garbage!

If you get an Xbox Series X, I strongly recommend trying a few ‘advanced graphics’ games within your first month of ownership. I observed problems on my machine with Unreal Engine games, and specifically Halo Infinite and Gears 5. Don’t let the defect I experienced ‘hide’ from you.

If you see any graphical glitches like what I describe in this article, get that machine replaced under warranty. The bug I experienced could remain hidden otherwise.