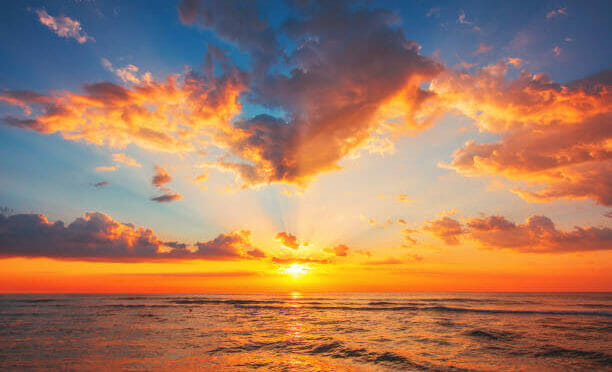 I’m still a few years away from retiring, but the years pass fast- and I’m definitely looking forward to it.

Retirement scares some people. What will they do, they wonder, when every day isn’t filled with the job that currently occupies their time? How will they define their value in the world? Some of these folks retire, then pass away a year or two later. Or sit in their house, watching sitcoms and gradually wasting away.

I don’t think I’m really like that. I’ve had things I want to do, things I want to learn and experiment with, for decades. Not to make money or ‘prove’ myself: that’s what a job is for in my mind, I guess. Just things that interest me, that likely produce little obvious value. I’ve even tried to work time for these into my life pre-retirement, but have never been able to balance them with my job.

I find mechanical things to be fascinating. Guns, watches, clocks, planes, cars: human ingenuity and levels of engineering always appeal to me. Precision, craftsmanship- these kinds of things drag me in.

I can definitely appreciate the hugely complex devices of today. My full time job is entirely focused on computers. But in my ‘downtime’ I like things that are simple enough to understand at a basic level, but complex enough to require some digging to really get into. Big enough to see easily, but small enough that dropping a part won’t break my toe. And easy to be able to look at and tell the difference between ‘broken’ and ‘working’.

Clocks are sort of my sweet spot here. A watch is too small for me to really work with, but a mantle clock and its kin are manageable. And there is something intrinsically satisfying in taking a device built a century or more ago, something that was valuable back then but is broken and tossed aside now, and making it work again.

I spent a bunch of time and money getting into clock restoration a little over a decade ago. I loved it! But it takes a lot of time and attention: I only completed a couple of clocks, but a typical restoration was taking me close to 100 hours between the case and mechanism.

There is zero money in this work: I was taking a $50 or $100 broken century-old clock, putting 100 hours into it (to say nothing of the expensive materials), and creating a $100 or $200 working clock. But it is tremendously satisfying.

I enjoy music. I’d like to be able to play an instrument, and I’ve tried to learn. First the piano in my 40s, then I took a stab at guitar a few years ago. I’d like to spend a proper amount of time at this and get to the point where I can reliably create music rather than bad noise.

Unlike clock repair, which I think I could get fairly good at, I know with 100% certainty that I lack any real musical ‘talent’. I won’t ever be a musician. But I’d like to be able to make recognizable music, and be good enough to play for my own pleasure.

I’d like to learn how to sketch, both free form and ‘engineering’ diagrams. I’m not talking about being an artist here, but rather the ability to create an image using pen and pencil that people can recognize.

The few times I’ve tried ‘doodling’ I’ve found it enjoyable. But I have never learned any real skills, and never spent any appreciable time practicing. I think I’d like to develop this as a creative outlet.

But I also have some practical desire to apply some basic drawing abilities to other hobbies like woodworking. You can’t do figural or geometric work on wood if you don’t know how to draw appealing shapes.

I liked woodworking in shop class when I was a teenager. Making something practical ‘beautiful’ appeals to me. More recently, while working on clocks I did some ‘light’ restoration: refitting and gluing, gentle refinishing, and the like. As with working on the clock mechanisms themselves, seeing something ‘broken’ or damaged come out looking remarkably better… even beautiful… is pleasing to me.

The kinds of things I’d like to build are in the ‘cabinetry’ or furniture range of things. A chest, maybe a dresser: that kind of thing. I’d like to learn traditional joinery including glue-less/screw-less/nail-less techniques; eventually carving and figural work; maybe some ‘fancy’ finishing techniques: the kinds of things done two centuries ago.

I’d also like to get into some high-tech approaches to woodwork: CNC milling and carving are appealing to me.

This one is kind of a stretch. I really don’t have any experience with ‘motorhome’, ‘trailer’, or ‘van’ life. But I feel like exploring a bit of the world with the comforts of home at hand would be a good fit for me.

I’m not talking selling everything and spending years on the road. Instead I’d like to spend a couple of months a year ‘on the road’. There are a few reasons why this would be difficult, though.

Mostly the obstacles come down to our beloved pets: fitting seven cats into a trailer would be problematic. Having pets as part of our life also adds fairly high boundaries regarding the size and configuration of ‘mobile house’ we could look at.

But who knows? We may ‘ease’ into this one over a decade or so. As a transitionary step we might get an ’emergency’ RV. One ‘surprise’ about moving to the Kootenays was the great value of having some kind of RV for emergencies. We were evacuated due to a forest fire last year. This revealed that having a way to quickly load up our cats and move out, while still having the basics for comfort, is a very good thing indeed.

I’d love to take a couple of long but ‘lazy’ motorcycle trips each year. The downside: this isn’t really something Irene and I can share- she doesn’t ride motorbikes. But still: a few weeks ‘away’ each year probably is acceptable.

I’ve been motorcycling regularly by packing it into my vacation time for a bit over a decade. I still enjoy it a great deal, but fitting things into a fixed vacation time limit is challenging. Even so, my Road Glide and I have covered about 120,000 km in ten years. I find my ‘zen’ on two wheels: it is the most ‘pure’ kind of mindful state that I’ve really found in my life.

When I retire I might get a new bike. If my body doesn’t hold up, that might become a trike. But I think I’ll continue riding for quite some time.