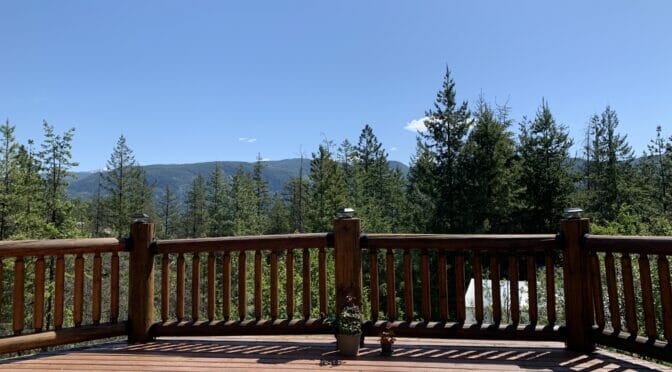 Weather and climate are not the same- I get that. But I’ve been living now in the West Kootenay region for a whole six months. I listen to what the neighbours say, and I can do basic research. So I’m starting to get a handle on what the climate here is like. Sort of… maybe.

The winter is ‘moderate’, or by most standards in Canada quite nice but not as warm as Vancouver. Most days from mid November through the end of February have highs in the +5 degrees C range and lows in the -5 range. There will be some days where the high never gets above -15 for a high , and some that are +15.

It snows, and the snow sticks around pretty consistently through those same winter months. Maybe half a metre to a metre will accumulate at times, and there will be some days when half a metre falls all at once. Most days get warm enough for some of the accumulation to melt. There will be ice and compressed snow on the roads, but mostly that will stay in the higher-elevation mountain passes. You want good winter tires, and if you are driving over one of the passes you want studded tires.

Spring starts in February, and is in full swing by mid to late March. Temperatures start to creep up, and generally snow is gone for good by the beginning of April. It can still frost at night throughout this period, sometimes hard- so no February grass mowing or motorcycle riding.

The first time you mow the grass won’t be before April. But you might see some +15 temperatures during the day. There is lots of sunshine, and a lot less rain than in the Lower Mainland. It can be a bit too dry, to be honest.

By late April, winter is forgotten. Temperatures regularly break +15, and sometimes approach 20 degrees. It is sunny- there might be entire spans of a week or two without significant cloud. The birds are plentiful: they start singing at 4:00 am, and there seems to always be a few of them chattering away throughout the day. April is warm enough consistently enough to get your motorcycle insurance renewed.

As May begins the temperatures continue to climb. In mid-May it is pretty normal to see +25 degrees or higher for a few days at a time. The nights are pretty cool, though: no frost, but generally it drops to single digits. You start to realize why so many folks have in-ground sprinklers: it is pretty dry without them. The grass and plants are really greening up now.

But there is honest to goodness ‘weather’ as well. It can go from +29 one day to +17 the next as it did during the past couple of days.

I haven’t experienced summer here yet, not as a resident at least. But I understand that stretches of temperatures in the high 30s is pretty normal. The forecast for the next two weeks has a couple of +30 days already by the end of May. I expect I’ll definitely appreciate the air conditioning, possibly more so than when we lived in Cloverdale.