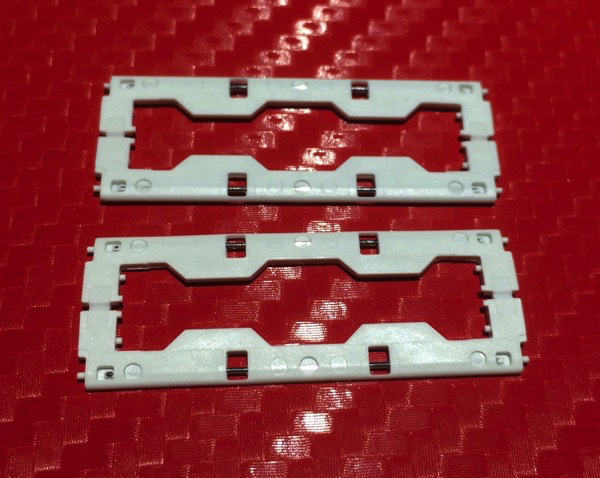 The Macbook keys individually consist of two pieces: the black ‘key surface’ that your fingers touch, and a white ‘butterfly’ hinge. The butterfly hinge is shown in the above photo, both broken and ‘intact’. The broken one is missing two tiny ‘nubs’ on the left hand side of the hinge. If your hinge has all eight of the nubs, then you may just need to re-install it.

If any of the nubs are missing, or the hinge or key (black part) are otherwise broken, you can try to get replacements through either of the following providers:

I got my keys via the Replacement Laptop Keys- they shipped via standard mail from the U.S., which was relatively inexpensive (albeit slow). The keys and mechanism on the 2015 Macbook Retina are apparently called the ‘Type L’ mechanism.

My first suggestion is to be very careful removing and replacing the keys on your Macbook 2015 i.e.: don’t play around with removing them unless you have to. The mechanisms are durable in normal use but very prone to breakage when removing / replacing.

Now you have these two delightfully tiny parts: 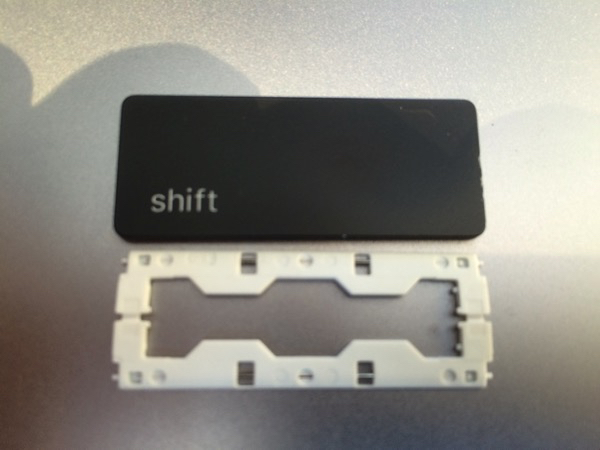 This is where things went sideways for me. I broke the replacement key I got during my first installation attempt because I was trying (apparently) to install it upside down. But I think it is safe to say that there are a multitude of ways to break the key or hinge during installation, and apparently only one way to do it ‘correctly’. 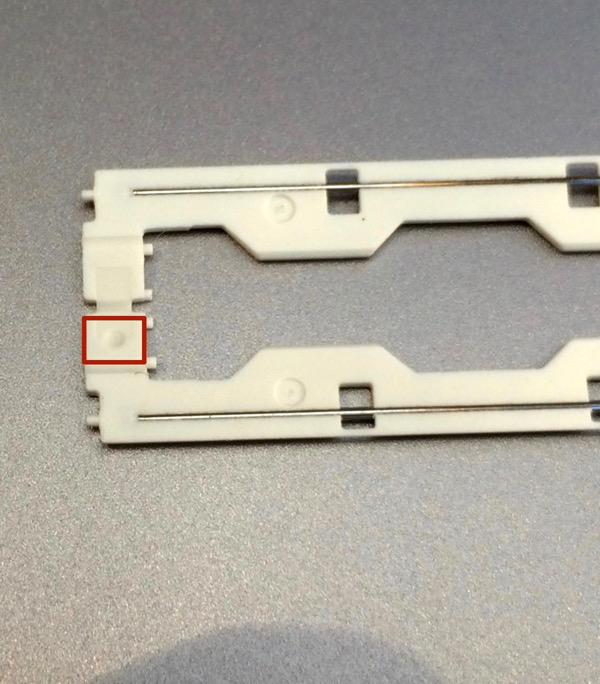 In my case, I broke my replacement key and had to order another. I got it right the second time- total cost about $35 and a long time without a working shift key, versus probably $300 to replace the entire top of the laptop.

2 thoughts on “Replacing the shift key on a Macbook 2015”