I have been running a personal blog for many years- arguably since about 1997.  I think I switched to WordPress in 2005 after previously managing with a static HTML page and then a PHPNuke website.  I started getting comment ‘spam’ shortly after I started using WordPress: like email spam, spam comments are irritating messages that aren’t really created by actual people who have something meaningful to say. 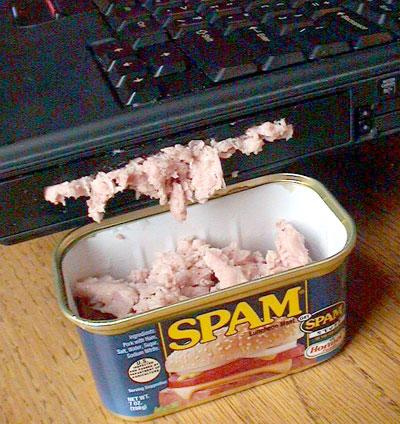 Thankfully, the folks at Automattic who make WordPress provided something called Akismet to ‘block’ or filter spam comments.  I activated Akismet, and managing spam became more or less a memory… but the numbers, goodness… the numbers are huge.

My, what big spam numbers you have…

My blog is an itty-bitty thing: on a good day, 100 real people visit- although there have been times when that number has been larger, it has never been in the thousands.  The chart above shows how many ‘real’ comments have arrived: about 1,400, or less than 200 a year.  The incredible thing for me is the number of spam messages: very near 400,000.  That is ridiculous, and doesn’t even count the amount of spam that never makes it through my other spam-blocking filter, Bad Behaviour.

More recently I added a plugin that scans for ‘spam users’: users that are created and never actually post or comment anything.  Because apparently that’s a thing?  I think these “ghost” users are created by spam bots that think having a user on my blog  will somehow get them past my spam filter.  It won’t: even if your comment makes it through all the filters, it still goes to moderation.  You are only granted permission to post comments without moderation after your first comment is approved.

I’m not a complete idiot, and so I can generally tell when a comment is out-of-place if it happens to slip past my electronic guard dogs.  As the stats show, that means my blog isn’t very spam-friendly.

I remember 2013… 2013 was a bad year for spam.  But look at how little spam there has been since.  I’d be curious to know what happened- I would speculate that some of it is that there just aren’t as many ‘active’ blogs as there once were.  But that was true even in 2013- what kind of spasm shook the spam industry that year?  The business model for blog comment spammers must be extremely unstable.  I bet they have a hard time getting loans: their business plans are probably comical.  But will the numbers stay low?  Is the age of blog spam over?  I’m still keeping my guard up…