I’m starting on another “refresh” of my workspace at home: this is becoming a distressingly regular (annual?) activity that I’m hoping to put an end to soon. The objective this year is pretty much a total rebirth: minimizing/reducing, painting, and possibly re-flooring and new furniture. The first step was to excise a bunch of “stuff” from this rather small room, and to get ready for the painting which I intend to do myself.

My office had become “home base” for a lot of different purposes in our house over the last eight years or so. Just accounting for work, I spend an average of fifty hours a week in this little area. Add to this the leisure hours I spend in the room playing computer and console games and any flaws or bad choices become apparent rather rapidly. Even good ideas break down under such conditions.

Last year’s effort was intended to “open up” what had become a rather oppressive space, and the changes were largely successful. I invested in a lot of thought in clearing up space, removing things that blocked the walls and single window, and changing the direction I faced to make my time in the office less like I was in a cave. The change based simply on removing the “hutch” on my desk was pretty phenomenal: suddenly the looming detritus of my life wasn’t so proximal to my face.

After living with the changes for a year, I’ve concluded that there is a lot I still want to do. The 2008 layout makes getting to my desk feel like traversing an obstacle course, and once I sit in my chair I had about four inches of “freedom” to move before I ran into a wall. Switching to playing on my XBox or to sit by Irene involves acrobatics that just aren’t pleasant at my stage of life, and thus I’m discouraged from relocating or moving around. So the main “furniture shift” I want to make is generate a single linear “desk surface space” and a coherent “chair mobility area”. I’m sure some design person would have special technical terms for these things.

Two things are basically “mandatory” in this update, and two are dependent on how our money situation looks. 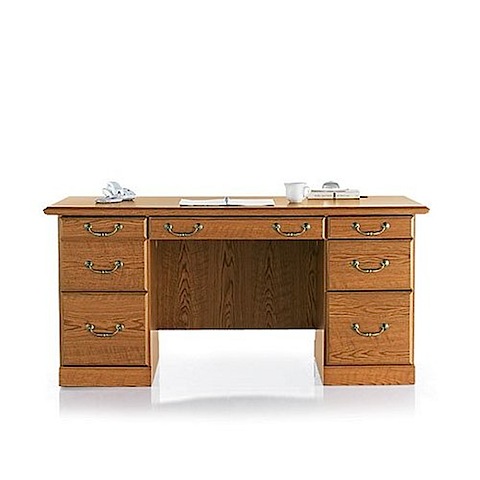 The mandatory part of the work is cheap: it is basically grunt work, some thinking, and a bit of paint. I’ve already removed excess furniture and moved everything off/away from the walls so the painting is almost ready to begin. Funny fact: the new organization is more comfortable even with all the furniture jammed into the center of the room to clear about two feet around the edges for painting. Regardless of whether we do the flooring this year, I don’t want that to start until the painting is done. And if we don’t do the floor, I don’t particularly want to buy the furniture since it would all have to be moved out all over again if we do.

The furniture and flooring I don’t have firm prices on yet. However, based on the preliminary furniture selections and my recollection of a brief chat I had with our flooring guy four years ago, I think we are looking at about $3,000 for both. Ouch- in this economy and in my life, that’s problematic, but I’d really rather get this done in one sequential effort while my thinking and motivation are clear. Emptying the room is challenging, especially since it houses my network switch, firewall, web server, and massive amounts of wiring. Effectively having to empty and reconstruct the room twice a year or so apart, with damage and disruption each time, is something I’d like to avoid if we can afford it.

This won’t be a quick process- so far, it has taken me three weeks to accumulate about ten total hours of effort into getting the room ready to paint. I’m taking a few days off starting in a week and expect to complete the painting during that span: by mid-March that should be done, and I’m hoping to get flooring estimates done and scheduled (if we can afford it) during that time frame. If we go for the flooring, I have probably another ten to twelve hours of work to get everything off the floor. This will disrupt my workspace and gaming area and can’t be done until after the painting as I’ll need to put shelves on the wall to support my networking equipment. I’ll order furniture at that time if we are going that far: looking into my crystal ball, I’d guess this won’t be entirely complete until May.

I’d also like to use this smaller space as an experiment in preparation for the future redesign of our living room. Sort of like starting with 5 mile jogs to get ready for a marathon a few years in the future. Except nothing like that 😉