According to the lead Republican on the House Intelligence Committee, Peter Hoekstra, the U.S. should launch an all out retaliation against North Korea for their role in the recent cyber attacks on American and South Korean internet targets. Unfortunately for the American people, Mr. Hoekstra is either an idiot, willfully ignorant, or intentionally twisting reality for his own political ends. The best experts in the industry agree that the attacks were launched by an attention-seeking amateur.

END_OF_DOCUMENT_TOKEN_TO_BE_REPLACED

According to Jim Cicconi, “Vice president of legislative affairs” at AT&T, the whole Internet will be completely full by 2010. If you believe Jim, 20 typical households in 2010 will generate more traffic than the entire Internet today.

END_OF_DOCUMENT_TOKEN_TO_BE_REPLACED 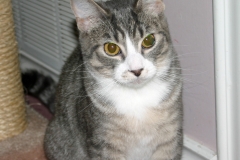