I have caught a number of episodes of The Guild, a web-based video series since it first appeared a year or so ago. Imagine a soap opera based on the web-camera confessions of a young woman geek who is a member of a massively multiplayer online game guild, and you have the basic idea.

Recently The Guild has started going a bit “big time”, with announcements that Wil Wheaton is going to be appearing in some episodes of this upcoming season and now… a music video.

I kind of have a little crush now on Felicia Day… shhh, don’t tell Irene. 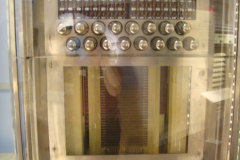