Today is the last day of 2009, and the end of the first decade of the century. Time to look back, I suppose, and consider where we’ve been. 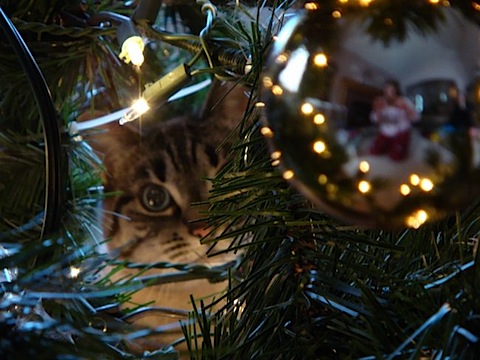 Personally, the first decade of the 21st century has been pretty good to Irene and I. We moved to British Columbia, putting the freezing winters of Edmonton behind us and joining my Mom, sisters, and nephew as residents of Canada’s warmest climate. I’m happy here, although I miss my friend Chris and the brothers left in Edmonton, Ron and Colin. I’m happy with my work, although the downturn of the last couple of years has made some aspects of it frustrating in the extreme.

I’ve taken the time to extend my horizons a little. I took piano lessons for a couple of years earlier in the decade, making the long-delayed attempt to see if I could in fact learn to play a musical instrument. I confirmed that it is viciously difficult for me, at least at my age, to play anything approaching music: but I did learn how to read notes, and confirmed that, although I have a reasonably good ear, I lack any talent. I also confirmed that, with sufficient effort (e.g.: 2+ hours a day for several years), I could probably play competently. Having established just how hard it is to progress, I gave up. The digital piano now sits quietly collecting dust, reminding me of the effort.

More recently, I took up a new hobby: collecting/repairing/restoring antique clocks. I’m enjoying the process, and have learned a great deal about escape wheels, escapement types, pendulums, and the dangers of the wound spring. I have even done a half decent job bringing one century-old clock back to life. Time will tell (no pun intended) how long this interest will stay with me.

I’ve gained weight, and attempted unsuccessfully to establish a habit of exercise to keep it off. Irene and I now have a collection of elegant machines of torture intended to encourage us to run/ride/lift our way to health and happiness. I even use some of them occasionally. But I lack any willpower, and with the exception of a few three to six month “stints”, no exercise habit has been formed. I bought a new car, and another new car. We added a covered deck and new spa tub to our house, and even added air conditioning. Since the air conditioning is actually a heat pump, it is also keeping us warm this winter.

The world in general has continued to turn. There was, of course, 9/11: the terrorist attack on the twin World Trade Center buildings in New York. Sad though that was, the wars and disruptions since then have been sadder (and deadlier) by far. We started the decade with the dot-com bubble, and ended it with the Financial Crisis of 2008/2009, proving only that greed ultimately hurts us all. A quarter of a million people died in a tsunami, nearly 100 times as many as died in the World Trade Center attacks, and parts of the world continue to suffer in its aftermath.

Many people, Americans in particular, have spent the decade huddled in fear, scared of terrorists and pedophiles and viruses and life itself. In my opinion, the world is truly no more dangerous now than it was a century ago, when 18 million died in a single flu outbreak, and tens of millions died in a “War to end all Wars”. But our 7×24 “always on” news, our governments, and our over-sanitized bubble-wrap society has turned us into phobics of the worst kind. We are afraid of everything, and willing to give up all of our freedoms and creativity in the faint hope that some benevolent government will keep us safe. You’d think with 7.5 billion of us sucking up resources, we’d be more foolhardy than our ancestors, but that is definitely not the case.

We’ve started to face up to the fact that humans are badly screwing up the environment, gas hit $4 a gallon in the U.S., and the U.S. auto industry collapsed under a mountain of Suburbans and Hummers. Yet we still can’t agree on global measures to do anything about it. But electric and hybrid cars are starting to become a commercial reality, and some people are talking about better, cheaper, and safer nuclear power.

Computer technology advances have raced through the decade. We now have more RAM in our computers than we had hard drive capacity in 2000. Video game releases regularly rake in more money than even the biggest movies. Cell phones are approaching sufficient usage levels to displace landlines as the “standard” home phone. More commerce is handled on line than in brick and mortar stores in many industries. And most homes now have high speed internet connections hundreds of times faster than the phone modems common at the beginning of the decade.

So what is ahead? With the Noughties behind us, where will the… next decade take us? Truthfully, who knows? I’m a realistic optimist, or at least that’s what I call myself: some might call me a cynic. But I think humanity as a whole will do okay. We’ll continue to pollute and befoul our homeworld, but probably a bit less quickly than in the past. Wars and natural disasters will occur with distressing regularity, magnified and enlarged beyond all reasonable scope by the media that envelops us.

I expect technology will continue to progress at a breakneck pace. A terabyte will become new gigabyte, and computing will continue to diversify in form. Our phones will become smarter, and we’ll have other devices to more effectively replace pen, paper, books, and magazines. The difference between a phone, a laptop/netbook/tablet, and a desktop will increasingly become one of form factor rather than capability. Large devices will remain more comfortable for typing or viewing, small devices for portability- but they will all be perpetually Internet connected devices. New display and input technologies will continue to appear, but the need for multiple form factors will not go away: small devices will continue to present compromises for input and display, and big devices will remain less portable. More data will be stored “centrally” (i.e.: in the “cloud”), but not all of it: most people will continue to want a capable computing device with data storage and processing capacity in their own homes.

By the end of the decade, I expect we’ll have at least some level of effective “subvocalization” or “mind control” computer input available commercially. It won’t be much more usable than voice input is today. There won’t be any “intelligent” computers, but there will be computers that you can converse with naturally, at least on limited topics. Someone will still be claiming that true artificial intelligence is “just around the corner”, and yet it will be nearly as far away as it is today. Advances in medical human-machine interfaces will restore limited but usable sight to the blind, provide effective mobility replacements for the disabled, and unlock the minds of increasing numbers of extremely disabled individuals. We won’t invent the fountain of youth or be able to clone healthy bodies, but we will finally begin to progress stem cell research and will likely find ways to restore spinal function for some types of paralysis.

As for myself, I hope I’ll continue to have the great fortune of being surrounded by people I love, and that they’ll all be as healthy and safe as can be. I’m sure I’ll face tragedies and joys, and I expect I’ll find a way to make the best of it. I’ll continue to find improved balance in my life: ways to turn exercise into a tolerable habit, and to do at least some things that don’t involve a computer grafted to my body. By the end of the decade, assuming I’m still alive, I’ll be starting to think seriously about retirement.

Happy New Year, everyone, and please accept my wish that your next decade is happier and more fulfilling than any you’ve experienced thus far!