The iPod was developed by Apple using Macintoshes.  Therefore people who use an iPod are, by association, also cool.  If they don’t use a Macintosh when they use their iPod, they are less cool, but still at least somewhat cool.  iPods are the source of all portable music player innovations: all other music players are simply poor, misguided attempts to replicate the purity and wisdom of the iPod.

The iPhone is being developed by Apple using Macintoshes, and its developers probably were listening to iPods at the time.  It goes without saying that it will be the most supremely innovative portable phone ever invented.  It will change everything we know, everything we have known, and everything we will know about personal communication.  Truly, those who carry an iPhone will be blessed.  Those who carry an iPhone while listening to an iPod on their way to or from working on a Macintosh will carry within them the genius of the ages.  Their very breath will stir the soul and elevate the mind: their brilliance will be without peer.

For more clarification regarding the beginning of the new era of communications technology, see this article by some genius with a Macintosh named Toni Ahonen.

The really sad thing?  This phone with batteries that can not be replaced, which will not be able to run third party software, and which will cost over $700 Canadian, will likely become some sort of cultural icon.  Not because it really should, but because Toni is right in at least one respect: regardless how stupid some aspects of the iPhone may be, it is already focus of a near-religious fervor.  When it ships, millions of latte-sipping Mac owners will race to slip on their Birkenstocks and slide behind the wheels of their BMWs, to roar down to their nearest iPhone store so that they, too, can be enlightened. 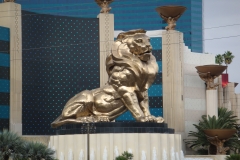