What I settled on is the Linksys Network Storage Link (NSLU2). Like most of these devices, it has a processor, a network interface, and a couple of USB 2.0 ports on the back to hook up USB- based hard drives. It doesn’t have any storage of its own- some of the others do.

The NSL intrigued me for several reasons, not the least of which is that inside this little box is a Linux based computer. This means there are all sorts of people playing with the innards of the box and hacking it to do different things. Its also tiny and kind of cute: 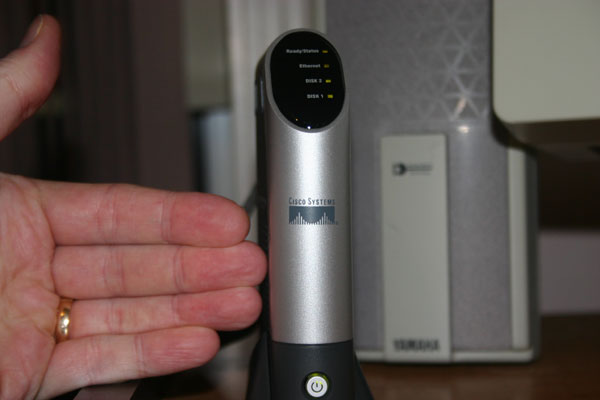