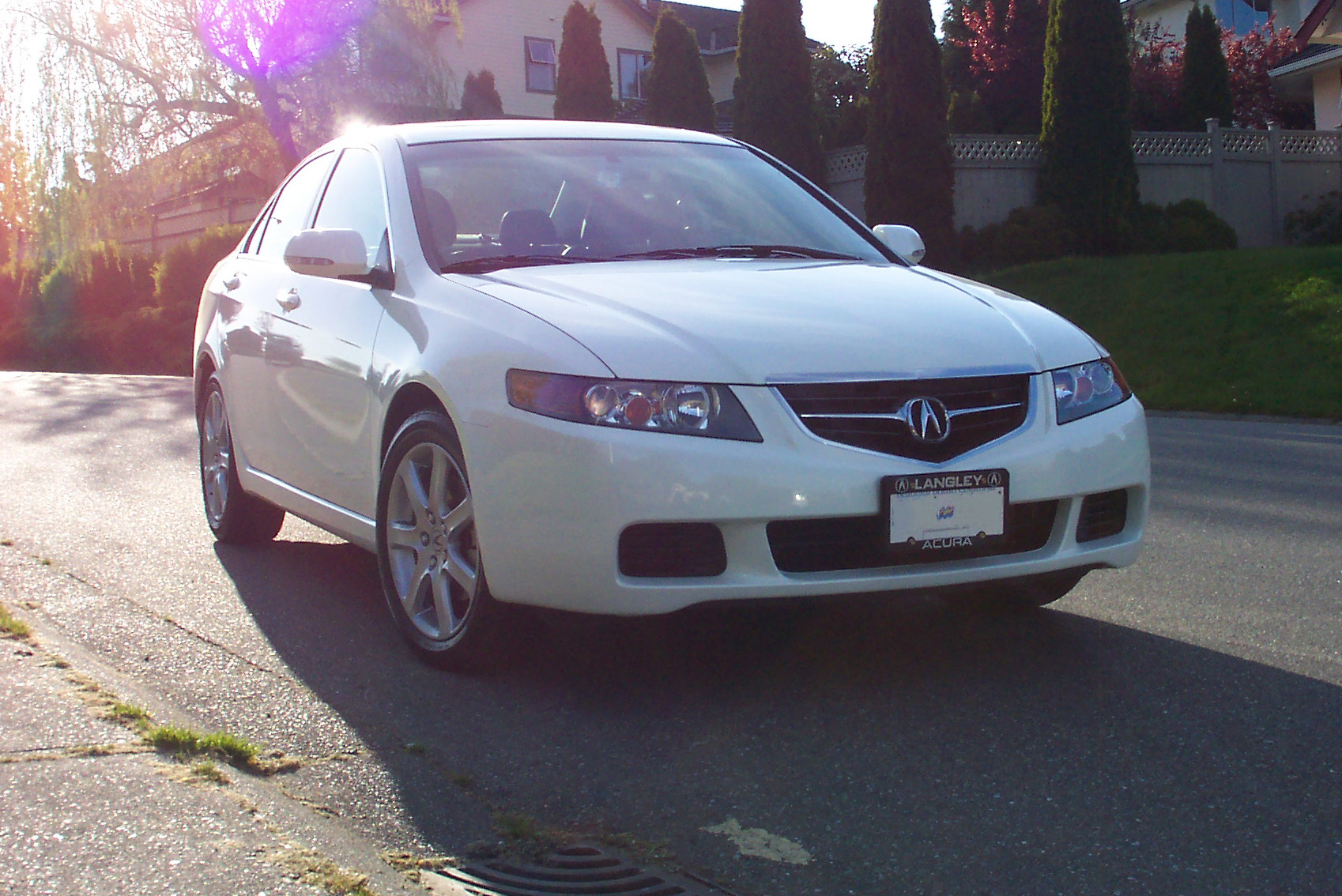 I’ve been looking at lots of different cars the past two or three years, all sort of focused around the “entry luxury-sport sedan” genre. I poked at 3-series BMW’s, but found their much-vaunted “fit and finish” over-rated: every new model year I looked at seemed less solid than the last. I also looked at Infinity’s models (G35, I believe): nice, but the styling didn’t quite work for me. Lexus was a bit over-priced. I had sort of settled on the Cadillac CTS based on curb appeal: the style was attractive to me.

When Irene started talking about car shopping, I put up a brief fight. I had planned on waiting another couple years, saving up some more, and paying down some bills. But Irene is the practical member of our relationship: when she started talking about buying a new car, I caved like a soggy cardboard box under the wheels of a Humvee. I thought we’d look at the CTS, and maybe a couple of others, and then I’d think about it. I’d seen the Acura TSX advertised and had no clue what it was: Acura’s good reputation for solid quality suggested I should take a look, so it placed on our list.

The TSX was the first car we looked at. I was pretty much sold after driving it around the block. I put up a brave fight…I must have spent thirty minutes looking at the Cadillac CTS at the dealer up the road. But the CTS was very “plasticky”, to say nothing of the fact that it cost $15k more…and up close, those appealing lines looked kind of cheap. The TSX was calling me back. I booked an appointment to put together a deal for the next day.

What is the Acura TSX? Well, its basically a European Honda Accord platform. That means smaller than a North American Accord. Add a 200 hp 2.4 litre four cyllinder engine, a drive by wire throttle, your choice of either six speed manual or 5 speed auto with “tiptronic” style gated “manual” shift, and single “fully loaded” trim package (leather, sunroof, dual zone climate control, 17″ wheels, 6 CD 380 watt 8 speaker stereo…), and thats the TSX.

This is only the second “brand new” car I’ve ever owned. The last was when I was about 23 years old…16 years ago now. The TSX is a ton of fun to drive, and yet is still practical enough that Irene didn’t have too much of a fit.