I have a bit of a bias towards Teresa Noreen myself: here’s a comparison shot showing Jolie on the left, and Noreen on the right. 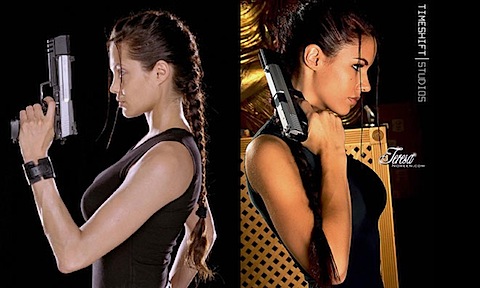 She has the look, I think. And she has a background in the military, so handling prop weapons shouldn’t be a problem. What I don’t know is whether she has the acting chops and speaking voice to carry the role. And there is the fact that getting an established star in the role has benefits to studios. But regardless, I hope Teresa gets a chance at least to convince the director/studio/etc.

The voters at Wired have picked some good candidates. I particularly think Rick Astley could do a stand up job in the role 😉