The CBC reported today that an explosion leveled a home in Surrey worth “nearly $1 million.”

There is nothing wrong with the report itself. However, both the report and the RSS feed seem to emphasize the fact that the house is worth $1 million. In today’s housing market, at least in the lower mainland, a million dollar house is no big deal. Several of my co-workers own million dollar homes. My home is worth about three quarters of a million. A two bedroom twenty year old home in an established Vancouver neighborhood can easily be worth $1.4 million. And an obviously very ordinary home in Surrey can be worth $1 million. This is what that fabulous million dollar home looked like before it blew up:

Can’t you just see the limousines and fancy sports cars parking out front? And isn’t that a private helipad on the roof?

It seems to me that the reporter or editor of this story either live in one of the areas of the country not impacted by the housing price boom or they are people who haven’t actually looked at what homes are selling for in their own neighborhoods. The emphasis on the house price suggests they are a bit out of touch and are thinking a million dollar home must be a mansion or some such: hardly. To get what anyone would consider a “mansion” in the lower mainland means spending a minimum of three or four million- there have been houses in the Vancouver area that have sold for prices over ten million.

The other factor in play here is, of course, the fact that mention of a house being worth a million dollars immediately makes me think of… a very ordinary house. Obviously, my sense of reasonable prices is as skewed as that evidenced by the report in question: unfortunately, my skewed perception is based on reality. 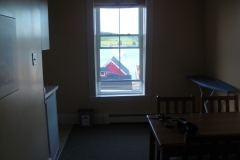