I clearly remember how I first got into Dungeons and Dragons. I was 15 years old at the time. My friend Tim was a member of Mensa, and told me that they had this thing called Dungeons and Dragons that they played. Since I was a big fan of Tolkein’s Hobbit and Lord of the Rings, Tim’s description of D&D sounded perfect. I wrote an IQ test and discovered I missed the grade by a couple of points: the fact that I wrote the test on the day I found out my Dad had died might have had an impact, but I also never really claimed to be a genius. But the desire to play D&D remained.

I bought my own Players Handbook (Advanced D&D 1st edition) and started a D&D group shortly thereafter. That’s how I met my life long best friend Chris, and role playing was the foundation for a ton of other improvements for me. I’d always been “bookish”, but had never really fit in with any particular group- D&D gave me a ready-made introduction to any number of like minded people. It also focused my creative interests, helped me become more social (I had to form that D&D group after all, and continue to find new members as the years passed by). Years later when I was still playing the game in my 30’s, I once joked that my original Players Handbook was older than some of the players in our group. Although I haven’t actively played for a few years, D&D was truly a life changing activity for me for at least 25 years of my life.

Gary Gygax, or “E. Gary Gygax” as his byline used to be on all the source materials, was sort of like the iconic “father” of the game. Yes, there were others arguably who contributed more to the mechanics, but Gary was the “face” of the game during it’s early years. He was also a bit… odd, and seemed like a magnet for equally odd people. His one-time-wife, for example, who ultimately stripped him of his place within TSR and removed his name from the game. In later years he was re-recognized by the new owners of the game, Wizards of the Coast (and later Hasbro), and was granted the chance to have his name associated with the game once again at conferences and in the occasional article that he wrote.

I never met Mr. Gygax. I don’t doubt that we would have had some things to talk about, but I’m also pretty sure that we wouldn’t have gotten along terribly well. That is beside the point, however: I owe a debt of gratitude to the man for his contributions to Dungeons and Dragons. A man who was responsible for a major part of my adolescent growth has died, and I shall miss him. 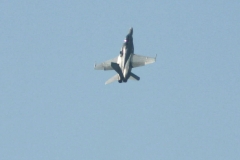