I broke the website earlier today. I think I’ve established the Computing Law of Quantum Superposition. Specifically: a computing system is in all possible states until it is observed, at which point it collapses into a single state. Unfortunately, the single state is always “non-functional”.

In the process of making configuration backups I somehow a) corrupted several database indexes; and b) caused the server to run out of disk space. These two things meant that the server stopped working, which caused me to try a series of completely logical and totally wrong approaches to fixing what was at the time an unknown problem.

I have this blog back up and running, at least. The other websites on this server, including my photo gallery, are temporarily down until I deploy the new server.

My apologies for the disruption! 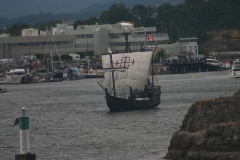