A judge in Washington, DC, is apparently very easily stressed out.  His life was ruined when a pair of pants he dropped off at the dry cleaners were lost.  And the terrible mental trauma this has inflicted upon him is worth a mere $54 million dollars.  He initially sued the ordinary working class owners of the dry cleaning shop for $67 million, but apparently concluded that he could shave $13 million off of that since the pants were used.

Those must be some really special pants, I guess.  Either that, or Judge Roy Pearson is a scum sucking, ambulance chasing, bill-padding lawyer who should be dragged out back, have honey poured over his body, and be staked out on an ant hill.  The fact that his case is undoubtedly costing the tax payers hundreds of thousands of dollars, to say nothing of likely bankrupting the owners of the dry cleaning shop, appears to have flown right over His Honour’s head.

On the plus side, if Judge Pearson is ever charged with murder he should have no trouble whatsoever getting a reduced sentence due to mental defect.  All he has to do is draw attention to this lawsuit.  The really sad thing, of course, is the fact that the Chungs have probably already been strongly advised to settle with him for a half million dollars or so just to save money.  They’ve already tried to settle for as much as $12,000, but that’s only about two days of lawyer-time.

*This is purely informational.  I do not in any way condone shopping at Walmart

Update: the judge in this suit has ruled in favour of the defendants (I.E.: the dry cleaners).  I wouldn’t exactly call this a victory for justice.  The judge *should* have offered an opinion on how incredibly unreasonable the demands were, how inappropriate and unbecoming it was for an officer of the court to pursue such unreasonable claims,  and perhaps charged the plaintiff (another judge) for wasting the court’s time.

2 thoughts on “Mentally retarded or evil: You be the Judge” 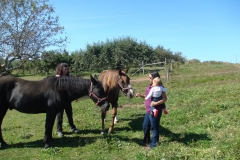