I’ve installed Vista with the “new” ATI drivers that support OpenGL.  The process has been less “fun” than I’d like thus far, and I don’t yet have my favorite games working.  Here are a few of the little problems I’ve encountered

Once I figured out the basics, I started installing/testing my games 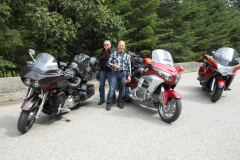