I spent a few minutes the other day following a series of threads about a disagreement between a website designer and a “famous” blogger. In summary: a guy paid for someone to re-design their website. Some people criticized the design, and the guy who paid said “anything that’s wrong here is my fault”. Someone sent him a
of a different way the site could have been done, and he posted it saying “there are some good ideas here, I think we might use some”. Then the designer resigned, and some people went ballistic.

Firstly, none of us really know what went on behind the scenes between the designer and their employer. Maybe he said nasty things to her, or used all sorts of double-edged compliments. To be honest, I don’t care much about the specific incident. What I do care about is the discussion regarding the relationship between a designer (any designer, whether for a website or for a house) and the client.

If the designer builds something to suit themselves and just wants the client to be a bag of money to fund the effort, then they aren’t a designer- they are an artist. Or at least they think they are. Sometimes they will find a client who says “build whatever you want, I trust your vision, here’s a big bag of money”. To me, that client is either a moron, or an artistic patron- they aren’t asking for something to be created that is “for them” or “theirs”, they are asking for the designer to have fun and spend their money. That’s great, but you better get that in writing at the outset.

In reality, if you are an artist, the only way to truly remain “independent” and “fully in control” of your vision is to pay for your own work. If someone is paying you money, you really are beholden to them- what they want takes precedence even if it flies in the face of your “vision”. If you don’t like that, you walk away with a smile on your face and your artistic integrity intact…and your pockets slightly more empty.

I remember watching a home design program on TV years ago. There was a husband and wife team, and they showed all these somewhat (to me) far out home designs. During the show they were interviewed, and the topic of the client’s preferences came up. What they said more or less sent chills up and down my spine: paraphrasing, it was something like “Our clients have no input into what we design- if they don’t like the result, they obviously lack taste and shouldn’t have gone for the best to begin with”. The arrogance fairly dripped from the screen as these two prima donnas pranced about pointing out the total lack of flat wall space or how the angled walls and crushed gravel flooring in the living room echoed the shape of the hills outside. If a designer ever acted that way with me, I’d punt them so fast it would make your head spin. Its *my* house (or blog, or what have you), *my* money- your job, Mr. or Mrs. designer, is to hear my desires and apply your artistic skills to realizing it more fully, correctly, and elegantly than I could by myself.

Unfortunately, there are endless examples of ad campaigns that say nothing with great style and cost millions, houses that can’t be lived in and which make their owners uncomfortable at every turn but which win design awards and websites that present elegant vistas that speak of nothing the user cares about. This tells me that there are enough people out there willing to bow to the “designer’s vision” without speaking up for what *they* want (despite being the ones that pay the bills) to convince at least some designers that this is the way it’s meant to be. 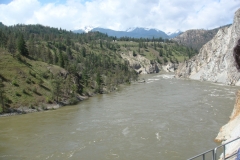