Many years ago, in my late 20s, I briefly had the habit of carrying a pocket knife.  It wasn’t a very good knife to be honest: I’m not sure where I got it from.  But I liked having it- it was handy, particularly given the fact that I was living a somewhat ‘rural’ life at the time.  But I got out of the habit, and misplaced the knife.

Several instances recently convinced me that it would be good to start carrying a pocket knife again.  This time, though, I did some research.  I probably bought more knife than I really need: say hello to the DPx HEAT/F Titanium. 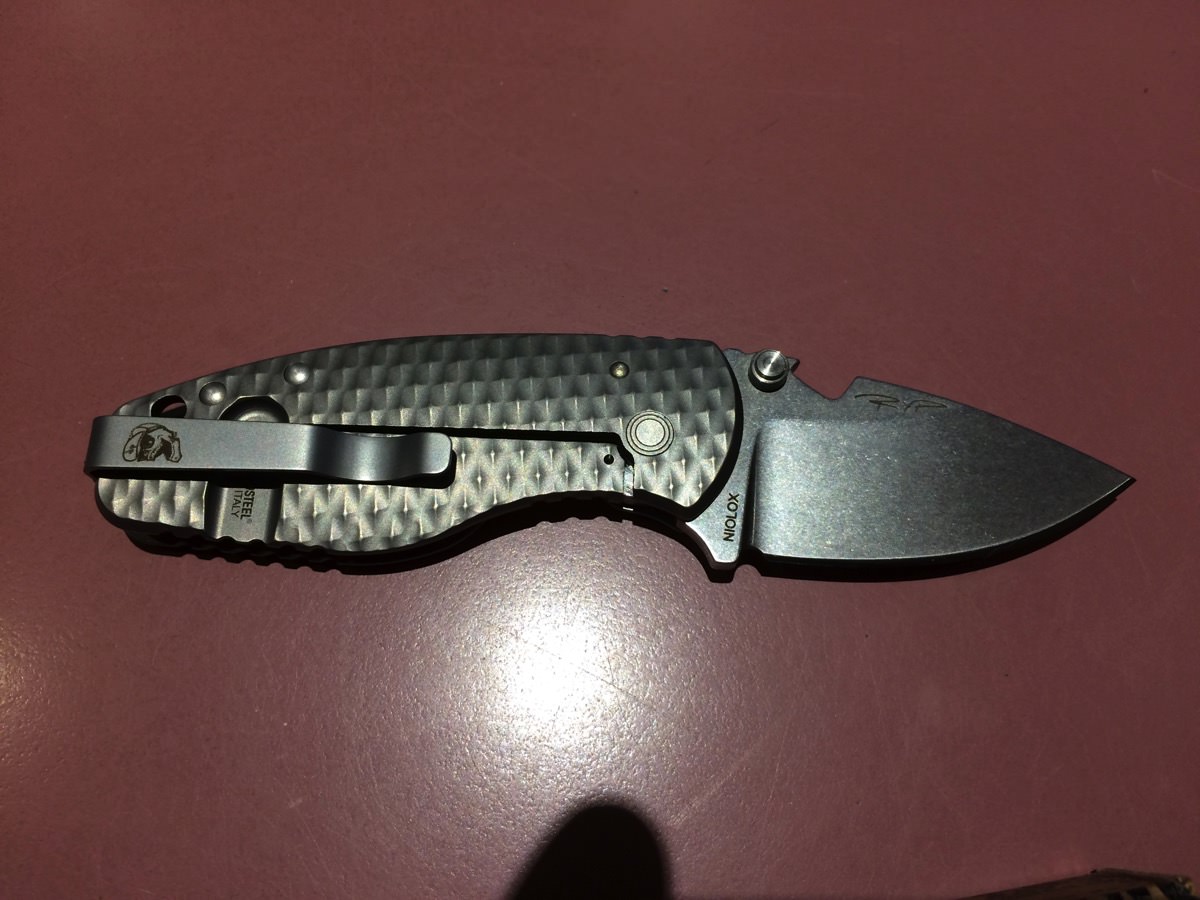 About the DPx HEAT/F Ti

I’m a knife neophyte, so I’ll refer you elsewhere if you want a more ‘serious’ review.

At a high level: I wanted a very durable folding knife with a compact blade, a robust locking mechanism, and a bottle opener.  The DPx HEAT/F fits the bill, but with extra style points for the 3D machined titanium handle.  The 2.375” blade is made in Italy out of Niolox steel, which I understand to be a very good blade steel that sharpens ‘easily’.  If you want to learn more about steel, I suggest this article which at least seems reasonably complete and understandable.  The blade itself is particularly thick: basically, as thick as blades twice its length, which gives it some heft and solidity.  The knife uses a frame lock machined within the titanium itself, which is simple, strong, and durable.  The clip is both secure and flexible enough to make putting the knife in and out of a pocket easy.  The final feature of note is a carbide glass breaker “tip” on the tail end of the handle.

Why carry a knife?

First and foremost: I do not carry a knife for my high risk adventure lifestyle 😉  I’m infinitely more likely to be opening a letter/parcel, cutting some twine, or trimming a stick to roast a marshmallow than I am to be fighting ninja assassins, tigers, or tigers that are ninja assassins.  But I also ride a motorcycle, and although I carry a good collection of tools on my bike, I have encountered situations where having an immediately at-hand knife would have been nice.  Basically, a good pocket knife is a handy tool that can be used for a lot of different things.

So a pocket knife is a convenience rather than a necessity for me.  That raises the question: why did I buy a ‘good’ knife?  I could have easily found a knife that was more than adequate for my limited needs at a much reduced price.  Here I have to claim a bit of a craftsmanship ‘fetish’.  I like well made machines with a clear mechanical purpose, as much for the precision and detail in their making as for their practical function.  This is why I have in the past spent far too much time watching videos of Purdey shotguns being hand-crafted and polished despite having no need for a shotgun.   This interest in mechanical craftsmanship carried over when I started looking for a pocket knife.

Yes, it is an extravagance but, unlike quarter-million-dollar shotguns, I can almost afford a well made knife 😉