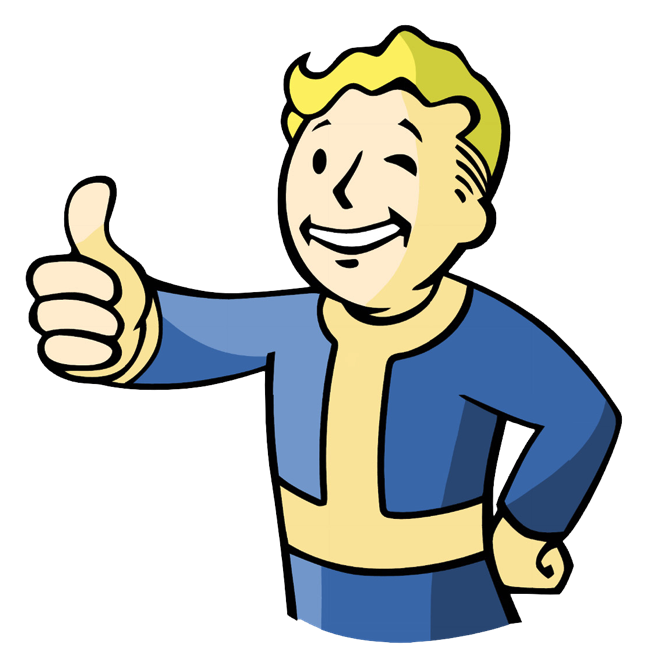 Fallout is a game that started life as third-person ‘top down’ RPG developed by Interplay back in 1997. The ownership of the intellectual property transferred to Bethesda, and they re-created it as a first person action RPG. You can read the entire history on Wikipedia if you are so inclined.

Regardless, Fallout has always been about survival and adventure in a post-apocalyptic world set in the 22nd century, if 1950’s American ideas of the 22nd century actually came true. Before the bombs dropped, the world of Fallout was one of nuclear powered cars, Robbie-the-Robot like automatons, and housewives who wore aprons to do the house work.

Fallout 4 is the latest iteration of the game, and is available for Windows, Xbox One, and PS 4.

Fallout 4 is set about 200 years after the bombs fell, and about 90 years after Fallout 3. After creating the character you want to play by selecting appearance and gender, you begin back on the day that the world ended.

You only get to ‘enjoy’ the peace and retro-future comforts of 2077 briefly before you have to run into the nearby Vault. Once there, you, your spouse, and your infant are put into suspended animation to ride out the collapse of society.

Unfortunately, you awake some indeterminate time later only to helplessly watch as your spouse is killed and your infant is kidnapped before being re-suspended for another unknown amount of time. When you next awaken, it is to find your vault in disarray. All of the other residents and scientists are long dead. When you finally exit, blinking and squinting, out into the bright daylight of the wasteland, it is to seek out answers.

Who stole your child and killed your spouse? Are either of them still alive? What went wrong with the Vault? What is going on in the Boston area, now known collectively as the Commonwealth?

You’ll encounter various factions as you explore these mysteries. The main ones are:

You can join all of these groups, or none of them. But to ultimately ‘finish’ the main story, you will have to pick sides. And as is often the case in the world of Fallout, sometimes there are no truly ‘good’ choices.

The mechanics of Fallout 4 are very similar to those of Fallout 3. If that doesn’t mean anything to you…

The big differences that I noticed in Fallout 4 versus previous editions of the game include:

Downloadable content… I like DLC, assuming it provides an actual expansion of things to do for an already fully-formed game. In my opinion, this is definitely the case for Fallout- the DLC is ‘new stuff’ to do, not things that were left out of the main game as a way for the developer to make more money.

The following extra content has been release since Fallout 4 was shipped:

There are still at least two pieces of DLC to come:

I would say that any one of the ’small’ expansions is easily worth $10, and the larger ones (Far Harbor and Nuka World) are worth $20 or more each. This makes purchasing the Season Pass an easy choice- if you liked Fallout 4, and want more things to play with, it is a worthwhile investment.

Playing through the main story and many of the side quests took me about 70 hours of actual play time. I’ve continued to play now and then, puttering with my settlements, exploring areas I missed earlier, and enjoying the downloadable content that has released. I’ve amassed well over 200 hours of total play time in nine months, and would estimate that I’ve seen better than 90% of what the game has to offer.

I like role playing games, and have enjoyed previous Fallouts as well as other games by Bethesda. The story here is solid, although I might have liked to be able to make slightly more nuanced choices in the story. I’d give Fallout 4 a 95 out of 100 on my own personal scale.

If you have played Fallout 3 and liked it, I think you would definitely enjoy Fallout 4. If you generally like role playing games, and enjoy having a huge ‘playground’ to explore, then I’m confident in recommending the game.

In the same vein, if you hated Fallout 3, you should probably give Fallout 4 a pass. If you prefer fighting games like God of War or Bayonetta over slower paced role-playing games, then I’d speculate that Fallout 4 may not be suitable for you.