The last shuttle mission has flown and, with nothing to replace it, the U.S. manned presence in space has ended with it.  The shuttle astronauts in the picture below are the last ones we will ever see. 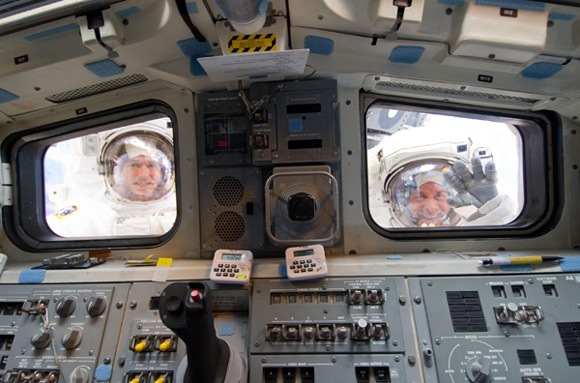 I’m part of the Apollo generation.  The era during which the U.S. was dominant in space, with hundreds of manned missions.  The moon landings, Skylab, the shuttle, deployment of Hubble, and the ISS: all of these things marked milestones in my life.  The men and women of the space program were, to me, sterling examples of the best humanity has to offer.

The tiny cost of the U.S. space program (the entire 50 year history of which costs less than what the U.S. spends in a single year on the military) has paid off in technological advances worth trillions.  And yet, due to the shortsighted and unimaginative nature of current society, it is all over.  There are no manned space vehicles being built or maintained by the U.S. after this month.  There is a partially designed manned capsule, the Orion, but nothing to launch it with.  When Americans want to go into space, they will have to beg the Russians or, perhaps, the Chinese for a ride.  Nothing is left other than a vague intent to “one day” go to Mars, but without sufficient funding or a specific plan to do so.

To me, the end of the manned space program marks the end of my youth, and of many of my dreams for mankind.  It feels as if the only outcome now is the gradual decay of humanity’s ability and will to go beyond.  In a world dominated by petty squabbles over race, religion, and natural resources, the space program was… hope.  A dream, I guess, and not a reality.

What is left to inspire us beyond our petty hatreds and cancerous greed?  My belief is that it is the dreams that lift us above our animalistic need for territory, wealth, and dominance.  The fact that the wealthiest and most powerful nation on Earth has abandoned its greatest and most noble dream tells me that we are failing.   A tiny fraction of the hundreds of billions spent every year on destruction could have kept that dream alive, and yet it is over.

3 thoughts on “End of American manned presence in space…” 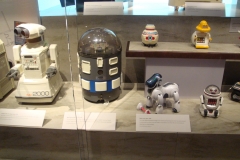