I am now the proud owner of a middling-quality Jaeger LeCoultre Atmos clock. I purchased it on eBay a few weeks ago, and it is the first thing I have actually received from my adventures there. You might reasonably ask “what the heck is an ‘Atmos’, and what’s the big deal?” In this post I’ll try to answer that question

I have had a fascination with old timepieces since I disassembled an old pocketwatch from my Dad’s collection- I was about five or six at the time, and of course totally destroyed the watch. It could be argued that this was child-like revenge for my Dad having had a stroke a year or so before- I’m 99% sure, however, that this was really just a manifestation of my perpetual desire to figure out how things work. But the clock thing has stuck with me throughout my life. As a kid, one of the things I enjoyed about visiting “old people” was seeing their mantle or grandfather clocks: all these amazing precision devices, ticking and bonging out the passage of our lives. Thankfully, no one gave me the opportunity to take apart their clocks.

My first real mechanical clock was a modern grandfather clock Irene and I bought shortly after we moved to the coast. It was an extravagance that I think I railroaded Irene into- but each time it bongs out the hour it makes me happy. I sort of assumed that would be my one and only foray into mechanical clock ownership- that was, until I started exploring eBay looking for various oddities and knick-knacks to decorate my office. I discovered Atmos clocks entirely by accident after successfully bidding on a 130 year old mantle clock, currently on its way to me from Germany.

Atmos is probably one of the most unique clocks currently being manufactured. Unlike nearly every other clock, you never wind an Atmos- in fact, attempting to do so is a great way to destroy one. Instead, the Atmos is one man’s attempt to create something approaching perpetual motion. In 1928, Jean-Léon Reutter created the first Atmos, a clock which literally “runs on air”. It is an extraordinarily precise and delicate mechanism wound through the expansion and contraction of a sealed capsule of gas and liquid. The early Atmos clocks used mercury- for obvious reasons later ones (those built since the 40’s) use safer materials.

A temperature variation of one degree in a given day is sufficient to “wind” an Atmos for two days of operation. The torsion (spinning) pendulum in an Atmos rotates once every 30 seconds (or 60 seconds extreme to extreme). Due to its precision, handling an Atmos requires special care as well: it needs to be carefully leveled on a stable surface and, once positioned it, moving it requires carefully locking the pendulum first.

Once I started looking into Atmos clocks, I discovered that there is an entire horological culture surrounding just these clocks. Because of their precise and specialized mechanism, there are very few people qualified to repair them: in North America there is Mike Murray and Andre Walliman is another. I’m sure there are others, but I suspect not more than a handful are actually qualified to repair an Atmos.

You can still buy a new Atmos clock from Jaeger LeCoultre for about $4,000. The first Atmos I looked at was a rare design from the 30’s: it was auctioning for over $13,000 (see the top two pictures at this page for an example of what I saw). I quickly found that there were more affordable Atmos clocks to be had: from the 50’s through the 80’s, “presentation model” Atmos clocks were commonly given to senior employees upon retirement or in recognition of particular achievements. In working condition, clocks of this type are currently selling for between $500 and $1500. The one I now own is of this sort.

Some interesting things I discovered when looking at Atmos clocks on eBay. Atmos clocks are made out of solid brass, plated with nickel, then 24 carat gold, and finally with a thin lacquer. They are intended to sit on a shelf and hardly ever be touched. Yet somewhat surprisingly almost all Atmos clocks show signs of significant wear: lacquer and even the gold plating is often worn through, the glass cracked, and several I looked at must have been dropped at some point, as the brass casting was cracked or bent. At the opposite end of the scale, a couple of the clocks for sale had never even been unpacked: someone had received them as a presentation gift upon retiring, stored them, and never even tried them out. Of all the clocks I saw on eBay, my favorite was the one where the seller said (paraphrasing) “I don’t know if it works: I tried to wind it, and it didn’t seem to run”- that is one Atmos that will never run without service.

My Atmos is a Calibre (series) 528-6, serial number 132512. Per Mike Murray’s Atmos dating table, that places manufacture of my clock in the early 60’s… which corresponds well with the presentation plaque on the front which says “Presented to H. Clay Whitelock, Phila . District Sales Manager, One Million Dollar Club Member, 1960“. Yes, my clock has someone else’s name on it- this is typical of these “presentation model” clocks- the plaque could be removed but, until I have the clock fully restored, I’m leaving it in place. It is interesting to me at least to wonder who ‘H. Clay Whitelock’ might be, and what it would be like to be in the “Million Dollar Club” in 1960 when a million dollars was actually a lot of money. The finish is degraded, in some places pretty badly, but there are no cracks or obvious bends in the frame or glass.

When I received the clock, the first thing I had to do after unpacking was place and level it. For anyone who is new to the Atmos, I can strongly recommend referring to Mike Murray’s Atmos clock ‘manual’. My clock has a bubble level- hurray! The bubble level on my clock is broken- boo! There is no obvious “break” in the level, it just doesn’t seem to have a bubble (and possibly no fluid): weird, although I see now that Mike’s leveling guidance specifically covers this possibility- I guess I was too excited at the time to see that note. After manually leveling the clock with a spirit level, I unlocked the pendulum and…. nothing. Once again, Mike Murray came to the rescue and with the guidance on his web page I was able to (carefully!) start my clock. Apparently my clock had been stopped when it wasn’t at the “extreme” end of its rotation: I had to manually rotate the pendulum about 180 degrees then let it start doing its thing.

It has been running now for over 24 hours, which is a good sign- I’ll know in a week or so whether it needs to go straight off for reconditioning. I’m hoping it keeps going: what I’d like to do is have the clock for a few years to enjoy it before sending it off for a complete mechanical and cosmetic rebuilding. Since that will probably cost more than I paid for the clock originally, it would be nice not to have to do it right away. So far, I’m enjoying my Atmos: I’ll set aside trying to understand exactly why I find clocks so fascinating… for now, at least.

4 thoughts on “What is an Atmos clock?” 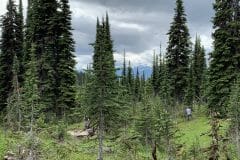