I have been reading Looking For Group for several months now. It is a webcomic from the same minds that bring us Least I Could Do, Ryan Sohmer and Lar deSouza, and is an ongoing saga involving some rather unusual fantasy characters. Initially, these characters were loosely based on races and professions found in games such as World of Warcraft, but the connection is rather tenuous. Mostly it is about the “good” guy, Cale’Anon, and his twirl-your-mustache evil friend, the undead Warlock Richard.

Richard regularly makes me laugh, even though he is a horrifically nasty fellow: a good introduction to his character can be found in this little musical video. On a regular basis, little bits of this dark humour are truly laugh out loud funny, for example from today’s page:

The catapult could only fire four of them at a time… ah yes, evil comedy has its appeal 🙂 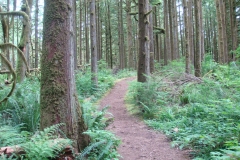