I suppose the woman who bought the puppy was distraught. But I find it really, really hard to believe that she gave a rats ass about the poor little dog, and was more concerned about getting her money’s worth. And using the dead dog as a weapon does nothing to build up my sympathy for her. WHat the heck is wrong with people?

That said…am I some sort of disgusting freak for finding it hard not to laugh at the image of a woman using a chihuahua to smack around another woman? For some reason, all I can see in my mind’s eye is a strange combination of Paris Hilton and her weird looking rat dog with Monty Python and the dead parrot sketch.

One thought on “Woman charged with assault with a deadly…er, dead chihuahua” 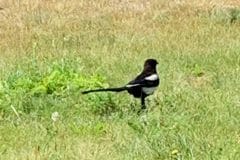