I am a programmer. I wouldn’t consider myself to be a “master” programmer, but I think I write pretty decent stuff when I get going. I also occasionally cut corners and write quick and dirty “hacks” to solve a particular problem or to test something out. I sometimes feel guilty about this, but then I read findings from interviews with master programmers, and I discover that they often write ugly but useful hacks as well…

I used to be a procedural programmer, with languages like C and Pascal. Now I’m migrating to object oriented languages. And I stumbled across a little article about the the bad side of code folding.

Code folding is a really simple concept with a mysterious sounding name. Basically, it allows you to group a section of code together in an editor and “collapse” it, hiding all the nasty bits. I discovered code folding in the Visual Studio .Net integrated development environment…

END_OF_DOCUMENT_TOKEN_TO_BE_REPLACED

First off, I should point out that I’ve never played any of the other Thief games. But I have read about them. The “thief” in the game is one Garrett, a mysterious fellow adept with a lock pick, bow, or blackjack. Garrett’s place is in the shadows: the Thief games are first person sneakers, which basically means that you are better off skulking past trouble rather than running into it head on.

So, with the stage set, how was the game? Graphically, Thief III is top notch. Lighting and shadow are, not surprisingly, very important in this game, and are rendered well. The moonlight shining through a window produces diffuse beams of light with motes of dust…its actually quite pretty. Sound is also very important: much of the time, Garrett is hiding in a corner and risking a peek at the nearby guards could be deadly. But hearing the footsteps as the guards complete their rounds is nearly as good as seeing the guard.

On June 21st of this year, Scaled Composites plans to launch the first privately funded passenger carrying craft to enter “space”. The ship, named SpaceShipOne, will climb to an altitude of 100 km (62 miles), the official boundary where “space” begins. For the first time, someone outside the circles of large, government funded projects will be able to call themselves an astronaut. END_OF_DOCUMENT_TOKEN_TO_BE_REPLACED 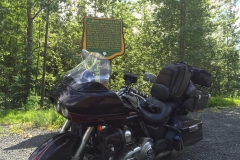