A couple of days ago I hooked up a USB headset.  For fun, I also activated Windows Vista’s voice recognition system.

I’ve often had doubts about the usefulness of voice recognition.  Basically I have to wonder how low will be applicable in an environment like an office.  Really, even here in my own home, I’ve found many instances where its an inconvenience to be talking to the computer.  But I would assume something select from botched to something damn the correction isn’t working correctly.  Actually, since I said I wasn’t going to correct anything in this paragraph. , I suppose is a good thing that is not correct incorrectly.  Enough of this crapola ready.

The above paragraph is after spending an hour or two training the system, using a high quality mike in a quiet room.  I suppose that, one day, we will have nearly perfect voice recognition technology.  We are far from that state today: getting a paragraph or two typed takes me a lot longer than simply hammering away at the keyboard, given how many mistakes I have to correct.   That said, I’m still reasonably impressed with how capable it is already.

But where would I use voice recognition?  Not in an office: it would be incredibly distracting there.  At home, possibly: although it could be irritating to other people in the household who want to do other things like watch TV.  In a car?  Certainly: voice recognition makes tremendous sense there: being able to say “Radio 1130 AM” instead of reaching over and fiddling with buttons is both a convenience and a safety feature.

You might ask yourself, ” what, Kelly what about this is fun?” The answer is, you have to have a bit of a sense of humour with regards to some of the errors that the system makes.  Every once in awhile, for example, it comes up with a true gem.  When I was for starting the training, for example, I ended up laughing so hard that the voice recognition system mostly typed ha ha ha ha, ha, ha ha ha.

OK, so was funny at the time…

2 thoughts on “Voice recognition is fun” 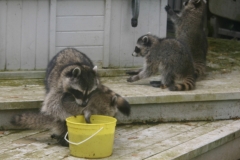