I was going through some draft posts on my blog and came across an outline for an account of a motorcycle road trip from back in 2013.  It was originally written shortly after the event and, although it is in bullet form and rather sparse on detail, it does account for some events I had partially forgotten or mis-remembered.

And, since it was the only motorcycle trip I’ve taken with both my brothers Ron and Colin (my third brother, Dennis, doesn’t ride motorcycles 😉 ), I didn’t want to lose it.  I’ve cleaned it up a bit, added some pictures, and now it is here for posterity. 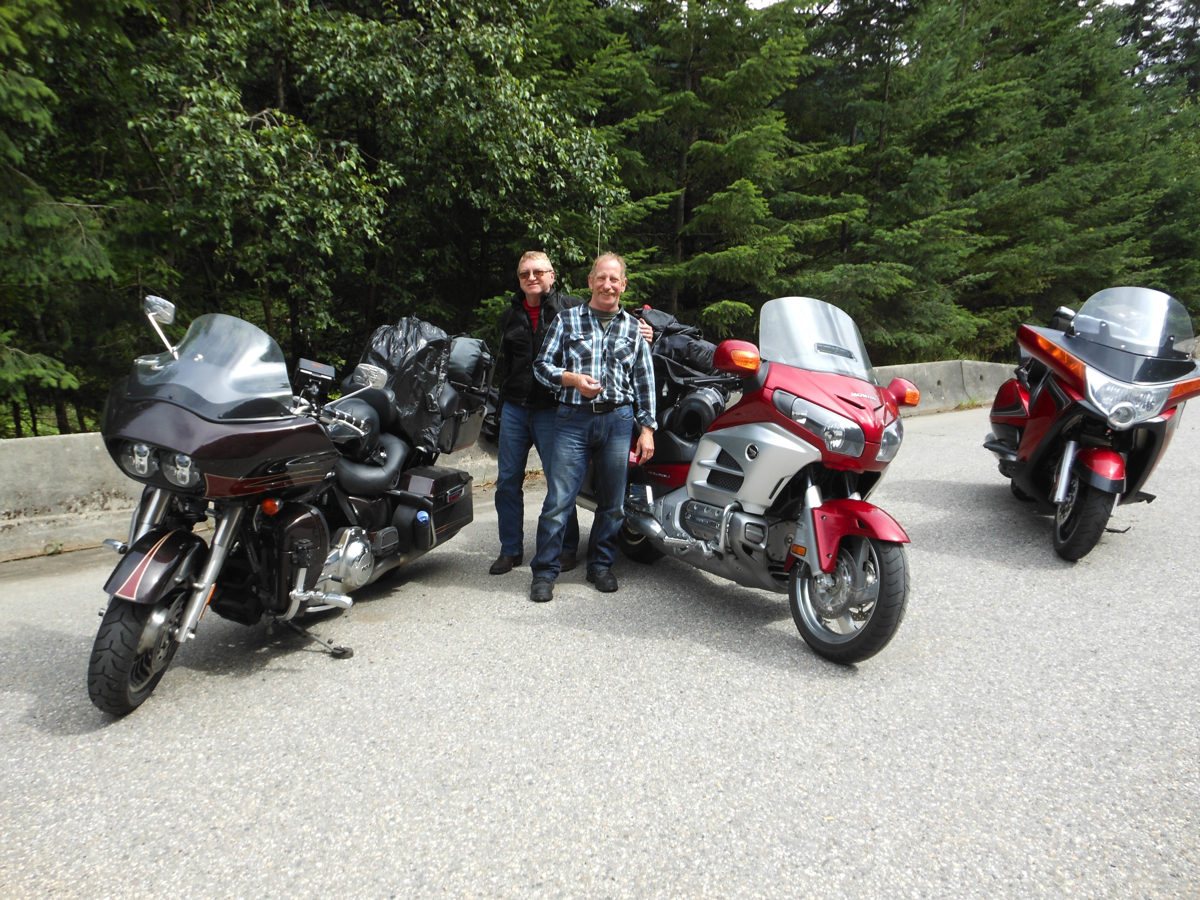 Warning: this slideshow will take a while to load, and will be ‘blank’ until it catches up.  I’ll try to make it better in the future.

Weather: decent for my part; I think Colin and Ron had it rough, though

Weather: mixed; we had some rain during the day, but there were periods of dry as well

June 24: travel to… I forget, but a hotel out of the rain

Weather: slightly less rain, but really cold for the start of the day

Colin and Ron spent a couple of days in the Lower Mainland doing their own thing.  Then it was time for them to return home, and I rode along for the first few hours of their journey.