I decided in December of 2013 that 2014 would be the year I upgraded the performance of my 2011 Harley Davidson Road Glide.  There wasn’t anything particularly wrong with my bike’s get up and go.  But after over 65,000 kilometres of riding, I felt I knew better what I wanted when I rolled on the throttle.  And I had driven some steep roads at American highway speeds i.e.: somewhere around 130 km/h (85 miles per hour), and there were times where I felt the end of the throttle looming. 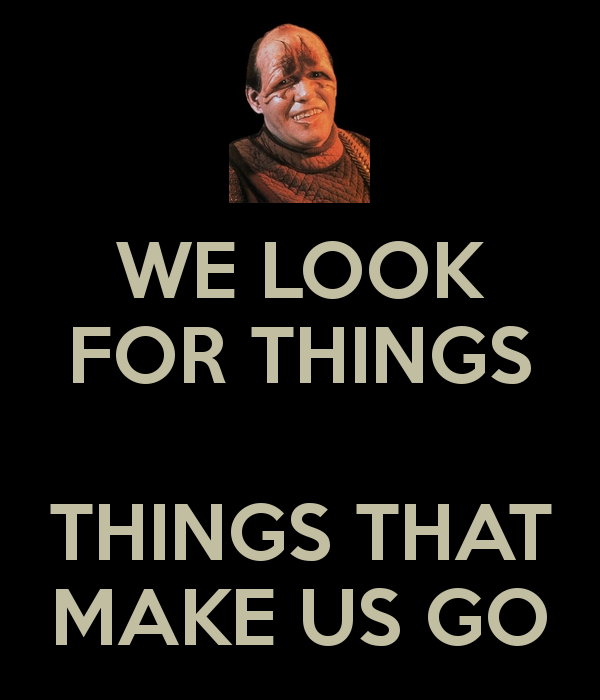 I contacted my friendly Harley dealer on Boxing Day, 2013,  and began to talk details.  We worked out the plan: new 255 cams, new air intake, new exhaust, and something I hadn’t thought I’d ever do: removing (boring out) the catalytic converter.  This is what is sometimes called a “stage 2” performance upgrade: intake, exhaust, and cams. 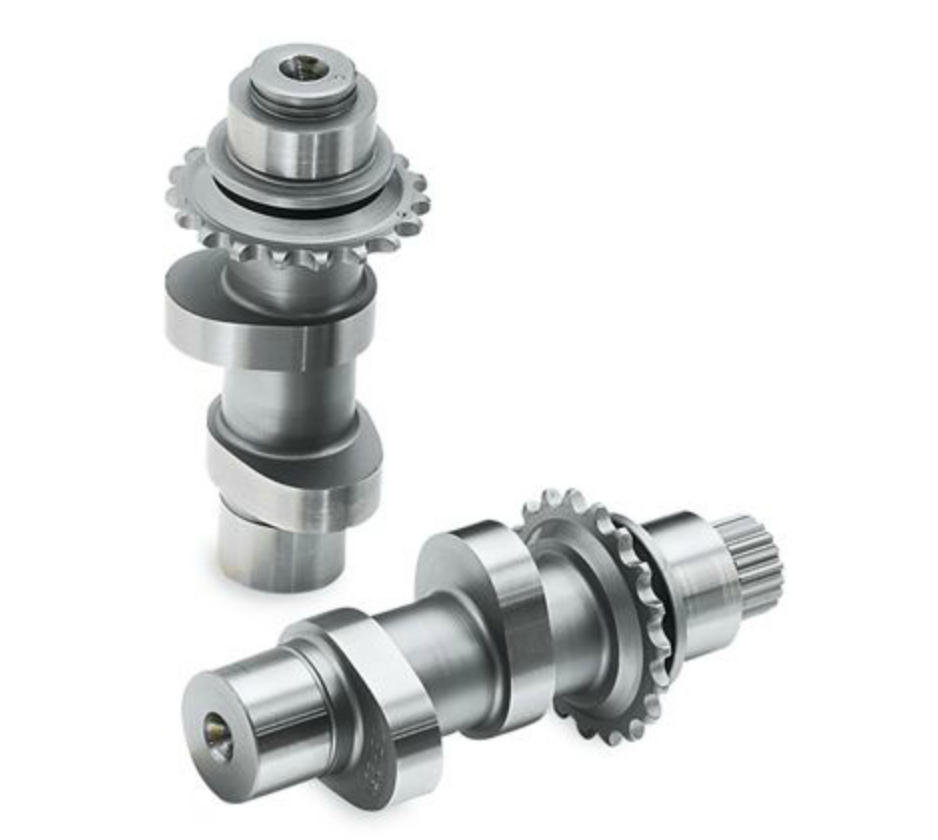 The 255 cam provides a lot of extra torque and keeps the power band primarily at low RPM, e.g. around 3,500 RPM which is where I like it. 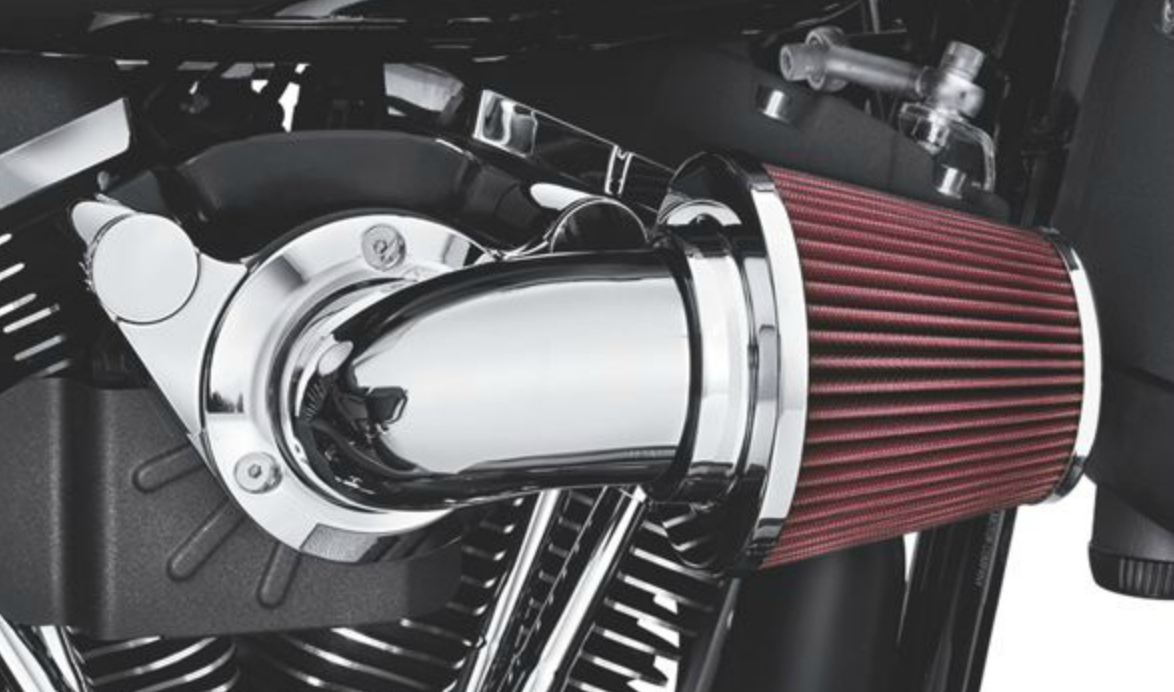 Getting more air in to the engine is essential to improving the performance.  It allows for more efficient combustion, or at least it does once the ECM (engine control module) is re-tuned (more on that later).  The Heavy Breather is a bit crowded on the Road Glide Ultra due to the bike’s lowers, but there are no obstructions to the air flow and that’s what counts.

This is the other side of ‘opening up’ the airflow: a high flow exhaust.  I went with the Street Cannons- they are street legal, maximize airflow, and the sound they produce is aimed at the low end of the frequency spectrum.

All of these pieces were installed by the dealer, and they also programmed in the ‘stock’ or standard stage 2 ECM program.  I also had the bike dyno-tested before and after the upgrades: unfortunately I don’t have the test results at hand, but here is my recollection.  Before: 80 HP, 100 ft/lb torque.  After: 100 HP, 120 ft/lb torque.

Unfortunately, everything did not come up roses the first couple of times I took the bike out for a ride.

I noticed problems right away when I got the bike out on the highway.  All of that extra power was great, except it was powering right through my clutch.  There was noticeable spinning for a bit after every shift above third gear.  There was also some popping and cracking while accelerating: popping is pretty normal when deaccelerating on a Harley, not so much when rolling on the throttle.  I went back to my buddies at the Harley shop, and described my problems.

The slippage I was noticing was, they theorized, most likely exactly what it felt like: the nearly four year old clutch on my bike wasn’t able to handle the torque.  The popping during acceleration was probably the fault of an imperfect tuning program on the ECM: stock programs do not match custom performance builds.  After some discussion, we settled on two more changes: 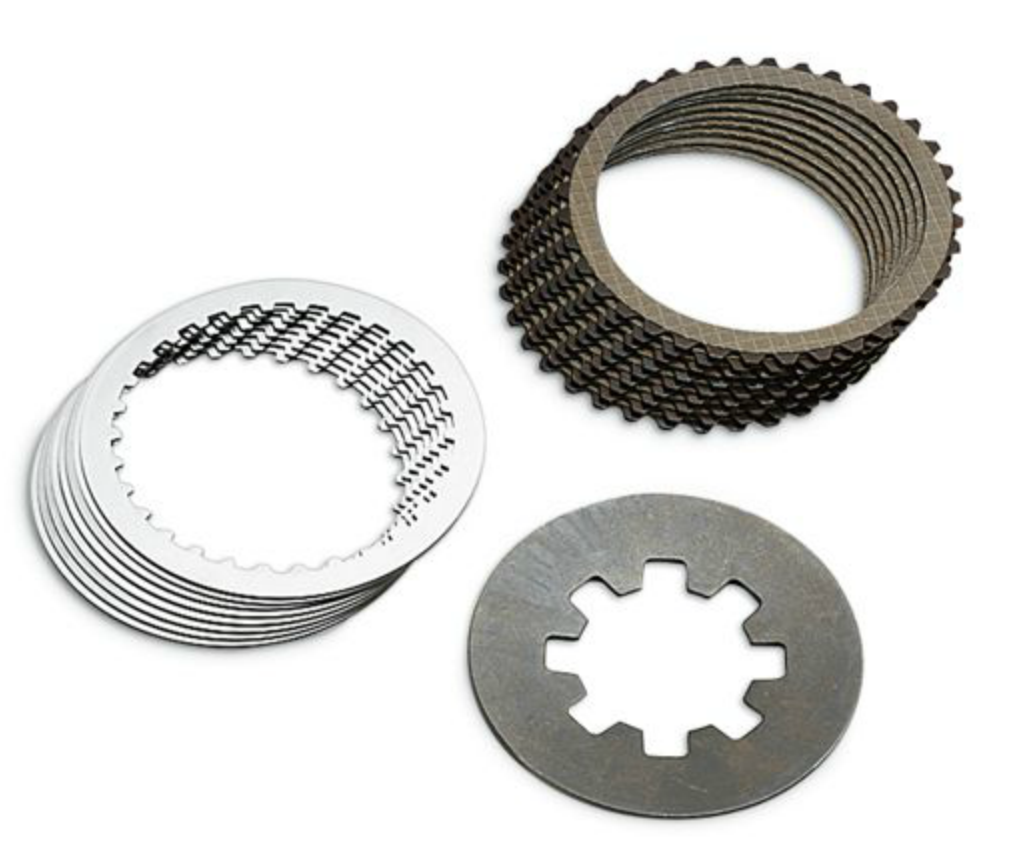 The performance clutch kit adds one more plate versus the stock clutch as well as a ‘stiffer’ spring.  It also uses stronger materials throughout. 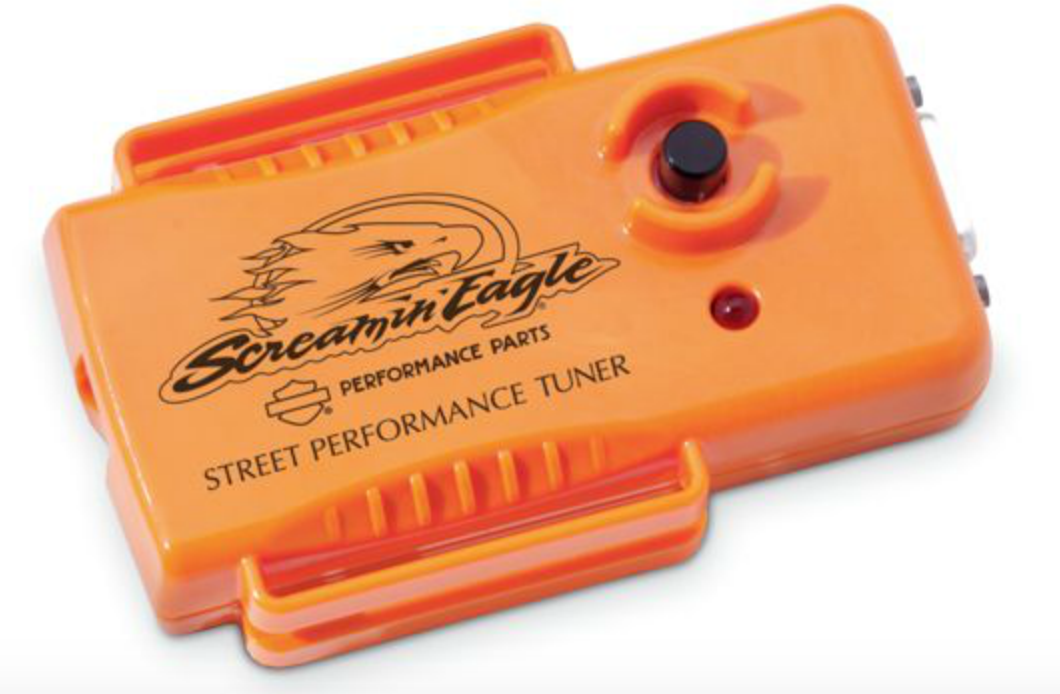 This is a gadget that connects to the ECM and allows a mechanic to custom-tune the bike (versus using one of the ‘stock’ ECM programs).  The tuner allows much finer control of the tuning parameters, and so can correct a lot of issues that can’t otherwise be addressed.  Note that this is only used during reprogramming afterwards, the tuner is removed from the bike.

With the new clutch and the customized ECM tuning, my bike was pretty much brand new.  It took me several weeks… months, actually, to get completely used to the new performance and the different sound of the bike.  It was definitely louder after these changes, although not illegally loud, and I have to work at it to make it offensive.  But making the bike louder was definitely not my aim.  In fact, if I could have kept the bike sounding more or less stock and achieved the same power increases, that would have been my preference.  However, now that I’m used to it, I don’t think I’d trade my Street Cannon mufflers for anything quieter… 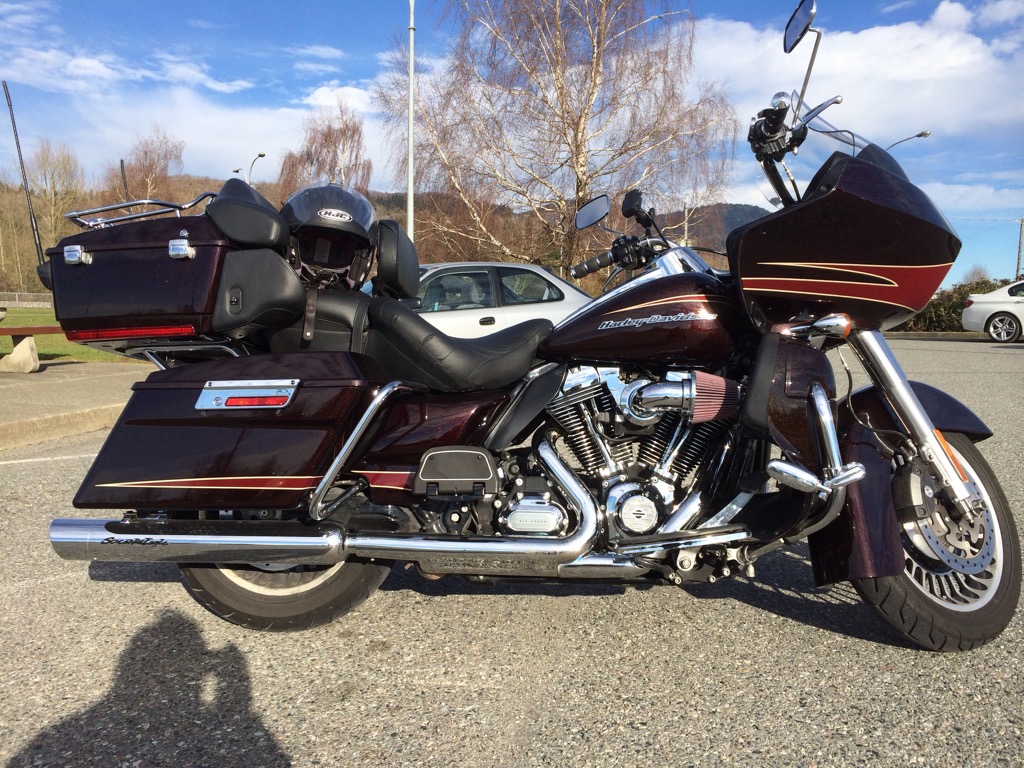 A stage two performance upgrade made my four-year old 103 ci Road Glide Ultra perform better in many dimensions.  Better acceleration and higher top speed are the obvious benefits, which are particularly handy when passing someone while going up hill in places where the speed limit is 80 miles per hour.  But I was particularly pleased by the significant decrease in operating engine temperature. I had heard this was a benefit, particularly of de-catting (removing / boring out the catalytic converter), but hadn’t expected the 20+ degree drop in temperature.  With an air-cooled engine, this is significant, and is something I definitely appreciate when riding the bike in the summer.

But this kind of engine upgrade is definitely not necessary.  Personally I’d strongly suggest riding your bike for a year or two at least before making the change.  I say this for two reasons: one, because in that time you will become familiar with the bike’s strengths and weaknesses, so you can decide what changes  (if any) you really want to make.  Two, because it definitely changes the behaviour of the bike.  In a sense, it is like getting a new bike, for a fraction of the price.