Where, perhaps, the reaction comes from

I’m a lot more mature now, both in psychology and in actual years, than I was as a young geek.  As I said previously, I didn’t really think of myself as a geek until I was about 15.  Prior to that I was simply too much of an outcast to want to separate myself even more by proclaiming membership in a largely despised subculture.  But I was fortunate to find a school and likeminded friends that supported being intellectual and having somewhat intense interests.  I was no longer entirely on the “outside”.  I belonged, in a sense.

Now, as it happens I was not blessed by having any female friends at the time.  Certainly that wasn’t my choice: being a young male with the usual flood of hormones I was somewhat desperate for attention from girls at the time.  But  was also completely socially inept- not the poor hygiene/unable to assemble intelligible sentences kind of inept, but the scared/shy and totally unaware kind.  So things didn’t work out in that way.  I can’t imagine I would reject outright a young woman’s claim to geek credentials: it took courage back then to claim such, and one’s bona fides were usually immediately obvious to all.  I rather suspect I would have been happy for the company, although more or less scared to death.

However, I can imagine how it might work amongst some young men.  Being a geek is, to some, an explanation for the lack of female presence in their lives.  The cool guys have girls because they are not geeks, and girls like cool guys because they themselves hate geeks and all they stand for.  That’s a lot easier on the ego than admitting that girls don’t hang out with you because, in addition to being a geek, you have actual faults.  Faults like being terminally shy.

Another factor is a sense of losing a club, a place of belonging, to those who may have hurt or scared one in the past.  Being a “geek” is a way of belonging to something, a form of protection via camaraderie.  If a person has always felt threatened, humiliated, or abused, finding that kind of belonging can be very valuable.  For me back in the day, if the sports jocks (a sort of geek in their own right, I suppose) started being Science fiction, computer,  or role playing geeks, I would have been both angry and terrified.  These were the very people who directly or indirectly hurt me for so long, through exclusion, perceived slights and insults, and outright bullying.  Geekdom is what I had found to avoid that kind of hurt: I could trust other geeks to treat me at least somewhat kindly.  And I suppose for some for whom the hurt originated with women, the same kind of fear and anger would also apply when women stepped into the “club”.

Stupid, but there you go

Humans do and say some really stupid things.  Trying to browbeat female geeks by calling them “fake” is pretty low, and seems on the surface at least to be completely nonsensical.  Why would a male geek, commonly seeking female companionship, reject the idea (if not the reality) of a woman who might truly share similar interests?  I think the answer to this nonsensical situation probably lies somewhere in the area of fear, fragile ego and sense of self, and possibly a desperate need for a community to be “safe” within.  It isn’t terribly surprising that geeks of all genders have these kinds of problems.

I certainly hope that female geeks, young and old, don’t ever listen to the hoots and hollers of those few male geeks that call them down.  Life is hard enough without having essential aspects of one’s spirit assailed. 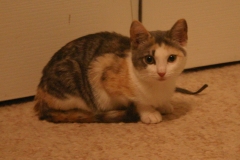