I am not going to post right away about the unhappy news this week about Bilbo. I’m still digesting that. Instead, I’ll talk about something you may have noticed in my recent Twits (twitter posts), or if you follow me on Facebook. I’ve been talking about a re-awakened interest in motorbikes.

A couple of weeks ago my Nephew bought a motorbike from a friend: a Harley Davidson 1200 Sportster, at a very good price. This tweaked my interest and got me thinking. I’ve been lonely lately despite the attentions of my loving wife, and looking for something. Shane is my best friend out here on the coast, and here, suddenly, was something he was excited about. He booked riding lessons, and started talking about road trips with friends. It sounded like a lot of fun.

The most practical evidence of my current affliction is the fact that I have signed up for serious lessons. Two weeks, nearly 40 hours, of road and classroom training starting April 21. To prepare for those lessons, I’ve purchased an armoured motorcycling jacket and boots. And I’ve researched half a dozen different motorbikes to find the right combination of features that “spoke” to me.

Yes, they are: they aren’t nicknamed “murdercycles” for nothing. The statistics show that you are nearly 20 times as likely to suffer “serious injury or death” in a collision while riding a motorcycle as you are in a similar collision in a car. The problem isn’t that motorcycles themselves are inherently unsafe, but that the roads are full of cars. Cars are, in comparison, like armoured tanks: ten times as heavy, covered in sheet metal and steel, and with various crumple zones/impact barriers intended to turn even high speed impacts into highly survivable events. Motorbikes, on the other hand, place pretty much nothing between the rider and an impact. Add to this the fact that most car drivers are blissfully unaware and unprepared for the existence of a motorbike on “their” roads, and you have a greatly increased risk.

The one advantage a motorbike has over a car in a potential accident situation is maneuverability. Like a skilled martial artist, the biker has to master the art of not being where the accident will happen. This means that someone on a bike has to be far more aware of their surroundings and potential risk situations than a car driver. If you ride a bike like you drive a car, you are in for a world of hurt. Defensive driving is absolutely mandatory for a motorcyclist.

I’m a defensive driver, and I have been for years. I also rode a motorcycle for a couple of years, and rode bicycles for a couple of decades: I’m pretty good at avoiding accidents. With the right training, I can reduce the risks of riding a motorcycle significantly. It won’t be as safe as driving a car: it simply can’t be. But it won’t be nearly as dangerous as, say, rock climbing, parachuting, or other “extreme” sports.

Why do I want a motorbike?

To explain my interest in motorbikes, I probably should go back to my youth. When I was about six years old, my brothers had a broken down motorbike that they rode in the alleys near our house. Later Colin had a Honda CB100, and later still Ron and Colin both had various bikes of increasing size and capability. So I’ve been around bikes since I was little, and everything about them interested me. The noise, the “freedom”, the personal space a bike provides- it is much different than a car.

I substituted bicycles for a motorbike when I was too young for motorized transport. My Mom will probably remember me trying to convince her I needed a mini-bike when I was ten or so: I never got one, and in retrospect I’m glad I didn’t. I had a nearly endless series of different bicycles that took the place of that mini-bike. I spent endless hours trying to make several of those bicycles like a motorbike. Sissy bars, banana seats, speedometers, noisemakers in the spokes: whatever I could do to get that feeling, I did. I recall getting on my bike when I was about ten or so, and riding around and around the sidewalks in our condominium complex. I was, in my mind, riding to Red Deer. I think I made it there- about 70 or 80 miles- by riding dawn until dusk over a weekend. Of course, in reality, I was never more than 200 feet from the front door of our condo, but my imagination was strong. Later I had a motocross bicycle complete with shocks and fake plastic gas tank. Truthfully, it wasn’t as much fun to ride as my “mustang” style bike, but visually it was pretty cool.

I went through a series of mopeds in my early teens. The motors on these things would have been anaemic for the purpose of mowing a lawn, but they pushed or pulled me around at amazing speeds of up to 50 km/h: I finally had a motorbike! Unfortunately, I wasn’t allowed by my various schools to park my moped, so the primary purpose of a bike (getting to school) was curtailed. Eventually I went back to riding a bicycle, but by this time I upgraded to the more mature 10 speeds popular at the time.

When I was about 19 I purchased a proper motorbike. It was a Suzuki 250 cc bike, a great bike to learn on. I had my motorcycle learners, which technically restricted me to riding only under the supervision of a licensed adult. I broke that rule a few days after I got the license: try finding a person with a motorcycle license willing to spend hours with someone to teach them how to ride. I’m not sure why I didn’t just take lessons: probably the cost was too high. I rode all over- mostly on suburban roads, but fairly regularly to places like my friend Chris’ house. I eventually took my road test… and failed. I think I rode the bike for a year after that, but never re-took the test, and eventually sold it with about 2300 miles on the clock.

Why did I fail my motorcycle road test? My road skills were fine, but I had never, not even once, practiced riding around pylons or the other things that are a mandatory part of the skills test. I wasn’t prepared, and was crushed when I realized I wasn’t going to be licensed. Again, I have no idea why I didn’t think to take lessons after that initial failure. Maybe no one suggested it, and I was too caught up in my disappointment to think about it. Or maybe again I just didn’t have the money.

So, to summarize: I’ve wanted a motorbike since I was six years old, and my failure to get a motorcycle license is one of the few “unfinished business” things from my youth. Its time to address both issues. It could be argued that this is a “mid-life crisis” event, but… I’m not sure if that’s true. If it makes it easier to swallow, that’s what I’ll call it.

What kind of motorbike does a geek ride?

Geeks are just as much, probably more, individual than “mundanes”. So the type of motorbike your friendly geek might ride will vary as much as snowflakes. For myself, I’ve been torn between “highly practical” and the type of bike I’ve always dreamed of. I’ve looked at a dozen or so different bikes, and it really came down to two: 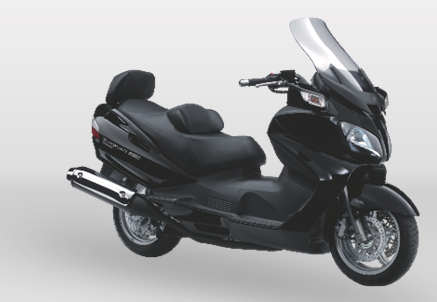 Technically, the Burgman isn’t a motorcycle: it is a “scooter”, which is loosely defined as a two wheel motorized vehicle with a step-through frame and automatic transmission. It is a very large scooter, however: 638 cc, and fully highway capable. The basic feature list: 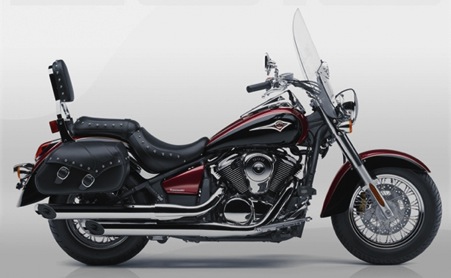 The Vulcan is a mid-size touring bike. It is a “proper” motorcycle: gas tank between the knees, manual transmission, and no power windshield 😉 The features:

I’ve been debating this with myself for a week, and until a day or so ago was torn. After all of my analysis, I have settled on the Vulcan.

Why not the practical bike?

Re-read the last couple of sentences: I said I was torn. But when I was a kid, the type of bike I wanted was a bike that looked like the Vulcan: I never thought about automatic transmissions, ABS brakes, power windshields, or trunk space. Emotionally, the Vulcan is the bike I wanted, right back to when I was 8 years old and was making “vroom vroom” noises while riding my little bicycle around.

An interesting fact about these bikes: the Vulcan is actually a couple of thousand dollars cheaper than the Burgman. Yes, you read that right: the bigger bike, arguably the more serious bike, is cheaper. My decision, however, had little or nothing to do with money, although that did weigh in to my emotional decision. I’ll admit, the choice *is* emotional, and it is important to note that riding a motorcycle at all for me is not a practical necessity. I can get where I need to go perfectly well with my car. It is an emotional choice all around.

Setting aside the emotional aspects, I’m not going crazy here. The Vulcan is a “mature” touring bike: unlike hardcore bikes, it is comparatively small (900cc vs 1700+cc for the big tourers), liquid cooled, and according to the reviews very easy to ride. It has the “relaxed” riding posture I like, and in a strange way reminds me a lot of my little 250cc Suzuki. Yes, it looks “cool”, at least to me, and probably it is too cool for a geek like me to ride. But one thing a geek has is the ability to buck convention, and to do things differently. In other words, I don’t have to ride the bike you expect me to 😉

What happens once you have the bike?

Once I have my license I’ll take delivery of the motorcycle. The licensing here in B.C. is a little different than in Alberta when I was pursuing a license: there are three stages instead of two. The written test gets you your learners, with three restrictions: supervised by a motorcycle-licensed person, no riding after dark, and no passengers. The second test is a skills test in a parking lot: once you complete that, the “supervised” restriction is removed. I might take delivery of the bike then. I’ll probably put a deposit down soon since the prices right at the moment are pretty good (early in the season).

And once I have my full license, in early May, what then? Well, I’ll ride to work when the weather is nice. But that’s not the main thing. The big purpose of the bike will be to go on small road trips with my Nephew and his friends. I don’t know exactly where we’ll go- mostly anywhere we can travel to and from in a day, I’d guess. Later, after I’ve got a few thousand miles under my belt, I might take a longer trip- perhaps down Highway 101, or how about back to Edmonton to visit? Probably not until next year, but that’s on my list.

15 thoughts on “Motorbike: wherein I re-live my youth” 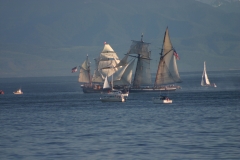