I was visiting a news site with my OSX Leopard based MacBook Pro two days ago and was prompted to install RealPlayer in order to watch a video. I’ve never had any particular problems with RealPlayer in the past, so I said “yes”, and didn’t really think much more of it.

Yesterday I noticed that my Airport (wireless) network connections were dropping every few minutes. I’d have a great connection, then suddenly it would freeze. I’d turn Airport off and then on, and my connection would be back to normal. None of the other machines in my house were experiencing any difficulties when this happened. The disconnects were very irritating: I tried rebooting my Timecapsule, connecting to my secondary wireless network, restarting my Macbook, and still the problem persisted. What could be causing the problem? I hadn’t changed anything recently that I could recall.

Then I remembered RealPlayer. First I made sure the actual player wasn’t running. Then I opened a terminal session and checked running processes (ps -ax | grep Real) There were two Real player related processes active: the name of one which I wrote down was RPDAgentHelperD. I killed both processes manually, and my network connection returned to rock solid (I.E.: normal) stability. Of course, each time my Macbook rebooted, it relaunched the processes.

Was the problem strictly related to RealPlayer? Did I somehow pick up a “trojan” or “hacked” version of RealPlayer? I’m not sure. However, if you are experiencing Airport connection stability problems with your Macintosh, you might want to check and see if you have any RealPlayer components running.

Leave a Reply to got nate? Cancel reply 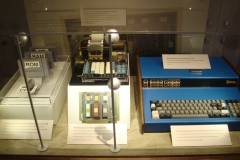