I’m typing this on my Macbook Pro while Vista’s install process chug, chug, chugs away. My Macbook never seems to have off days- it always just boots up and works. On the other hand, Windows is far superior for games…

For the curious, the various failures of my wife’s game computer really had little to do with Windows or Vista. The hard drive failed, which was precipitated (I soon discovered) by a failing fan. A couple of days later, as I was installing the replacement fan, I decided it was time to install my hand-me-down video card into Irene’s computer. Unfortunately, her motherboard didn’t have a PCI-E slot, so I also had to install a hand-me-down motherboard. I didn’t have a copy of Windows XP at hand, so in went Windows Vista. Shortly thereafter, I realized that this was the infamous Asus M2R32 motherboard that can’t go into standby with Windows Vista: this of course frustrated me since I am trying to use standby mode rather than leaving computers on all the time as a compromise between my need for immediate responsiveness and a desire to minimize my energy waste. Thus I have replaced the motherboard and CPU, which has led to another OS install, which brings you up to date.

On the upside, when all this is over the secondary game machine here will have more or less tripled in gaming performance. Win!

Still, it is comforting to have something to blame for the situation, and Vista is a handy target 🙂 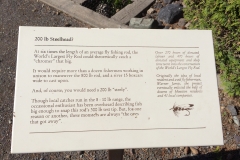