Even though I’ve sipped the Apple Koolaid, I still really, really don’t get the iPhone mania.

It is a phone with a web browser and email…that works with one locked-in phone carrier (AT&T), costs well over $500, has no keyboard, is locked down to prevent users from installing third party apps, and has a non-replaceable battery. Yes, some of those things are changing- sometime next year developers will be able to start writing native apps for the iPhone, for example. And no doubt it has an innovative UI…but typing on a glass touchscreen keyboard? Uggh.

Anyway, 1.5 million sucker…er, American consumers have bought an iPhone, so I’m willing to assume it isn’t that bad of a product. But it isn’t going to revolutionize society- no matter how many dumbcommercials (parodies, but the real ones aren’t much better) Apple puts on TV.

It appears, however, that the British media got caught up in iPhone frenzy leading up to it’s release there. This new phone was going to change the way everyone lived, and people would be lining up in the hundreds of thousands, waiting overnight to get their hands on this transformational technology.

Or perhapsnot… on the plus side, I imagine it is pretty easy for folks in England to pick up an iPhone at the moment. Lucky them!

2 thoughts on “iPhone launch a fizzle in England” 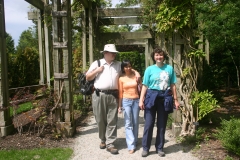