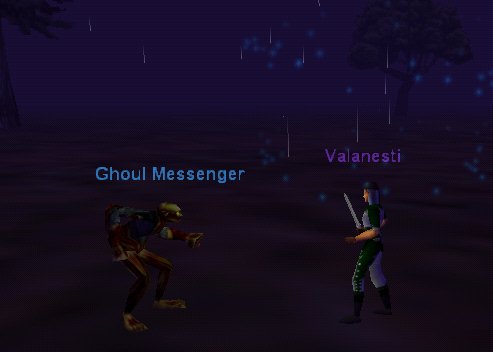 O1/06/00: “Can’t we just be friends?”- Valanesti contemplates a monster at least twice his power.
Not shown in photo- Logg Krushr, a 50th level Shaman who was keeping Val alive 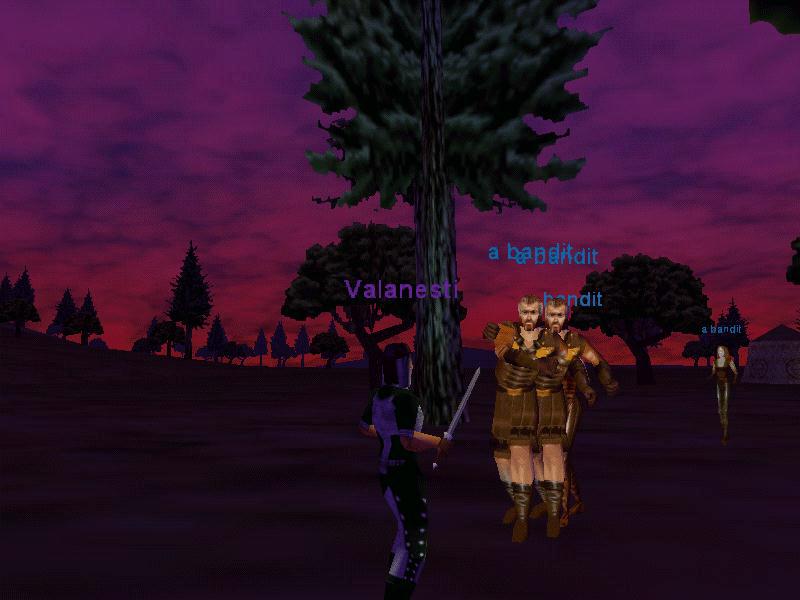 01/06/00: “Bandits form a conga line to dance little Ranger into Oblivion”
Note the beautiful sunrise. This is a little after the Ghoul Messenger arrived.
Don’t worry: Logg is still nearby keeping Val alive.

The photos here were taken during my last real session with my Ranger, Valanesti. Paeter was already my “primary” (most often played, not highest level) character by this point.

Valanesti was my first character. I enjoyed playing him. However, I tried a cleric as an “experiment”, and decided that a Cleric was a better “fit” for me. So, Val has been retired…

What does that mean? Not much, really. EverQuest allows me to have up to eight characters per server, and there are dozens of servers. So, I haven’t deleted Val or anything like that. I just don’t play him any more, and I’ve redistributed some of his gear to others who are more in need.

One day I may play Val again regularly. Certainly I have some fond memories of the couple of months he and I wandered the plains of Norrath together.