Windmills, skeletons, and Clerics: Oh My! 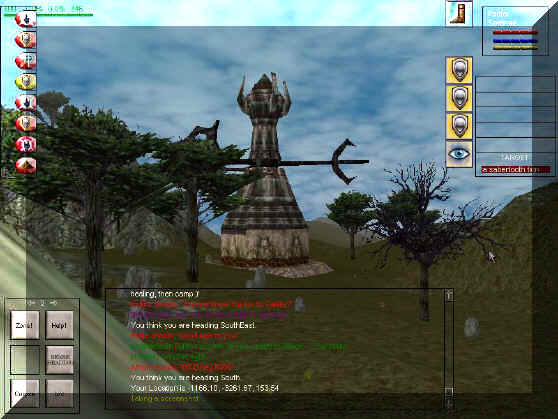 After arriving in Kunark, Bevarin and I teamed up again fairly regularly. Our favorite hunting ground at the time was the Lake of Ill Omen, in particular the undead haunted ruins to the southwest of the windmill pictured above. With my undead bashing spells, and Bevarin to keep the other monsters that wandered nearby from killing us, we did quite well. 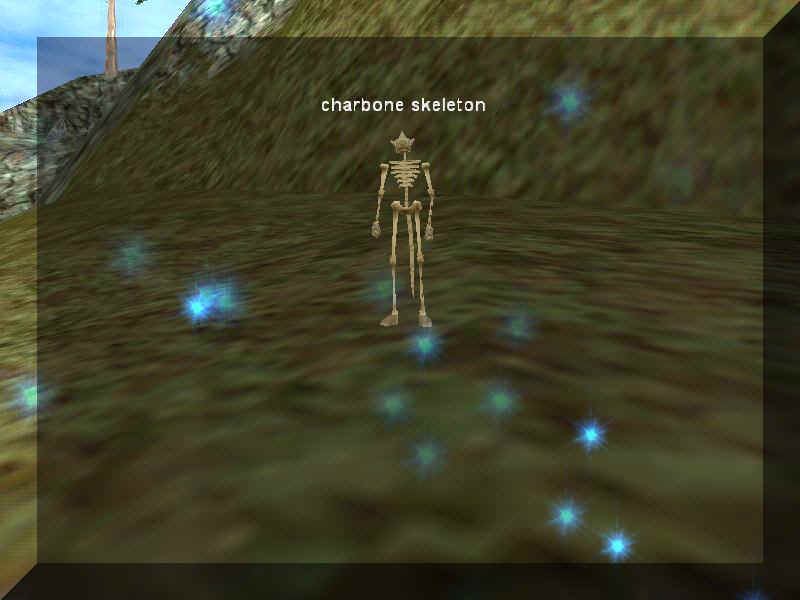 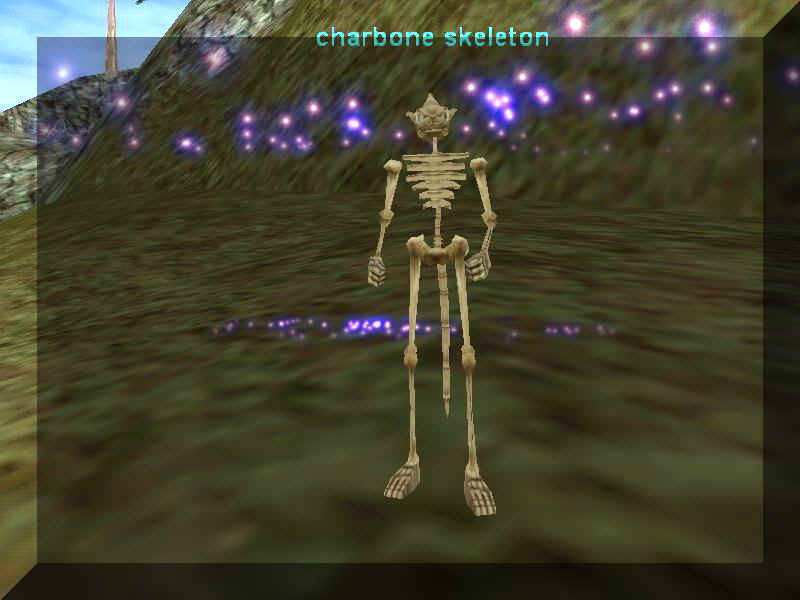 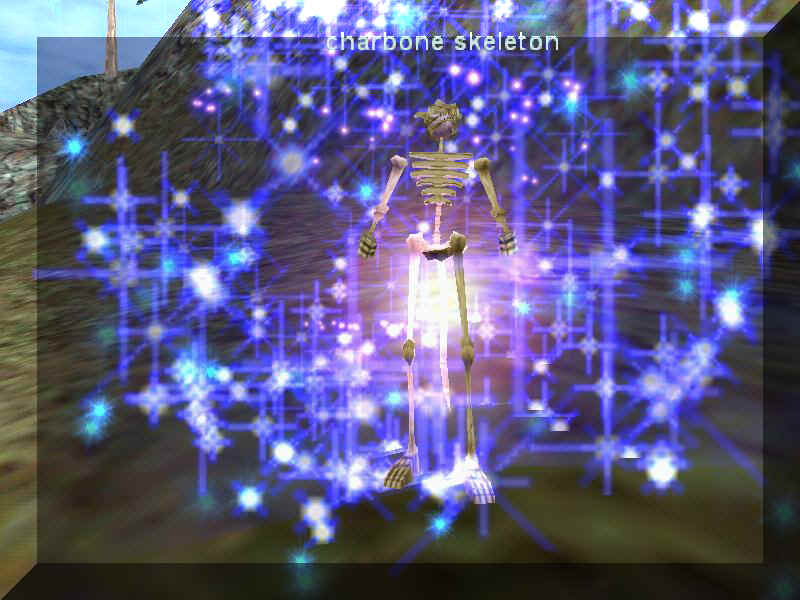 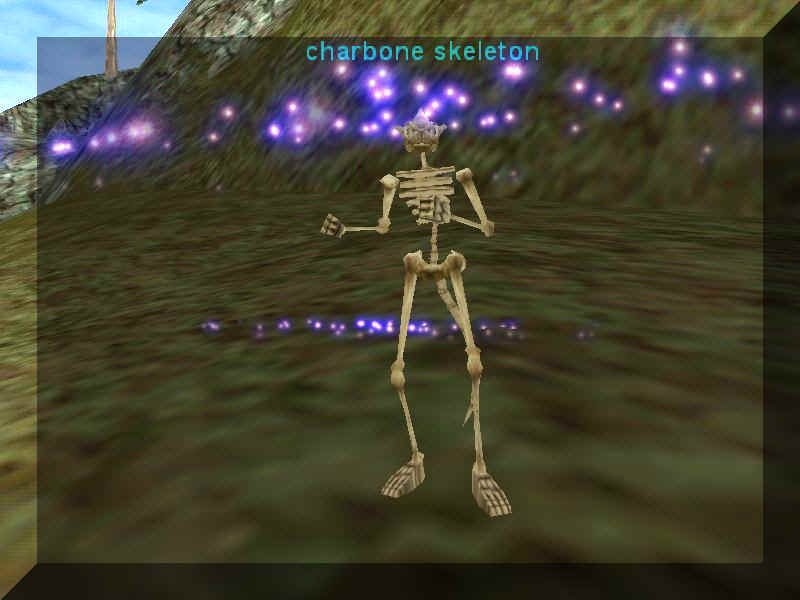 Undead and Clerics have a natural enmity. Clerics represent life, and undead creatures are the embodiment of death. A similar relationship results in some interesting discussions between Clerics and Necromancers. Come to think of it, this relationship is very similar to the one between tax payers and the internal revenue service, or clients and lawyers.

Fortunately, Clerics have an arsenal of special spells just for dealing with the creatures who have forgotten they are dead. The flash of blue sparkles above is the visual result of Paeter casting a dismiss undead, which causes a significant amount of harm to entities like this friendly skeleton. Unfortunately, I have not been provided with any similar spells for dealing with tax collectors…or lawyers.

This skeleton is holding his hands to either side of his head. Migraines are a bitch. If I had taken a second screenshot a moment later, you would see the skeleton holding his own skull in his hands. Apparently, this gives them some relief from headaches, as they seem to do it often. Maybe their bones get tight or something?